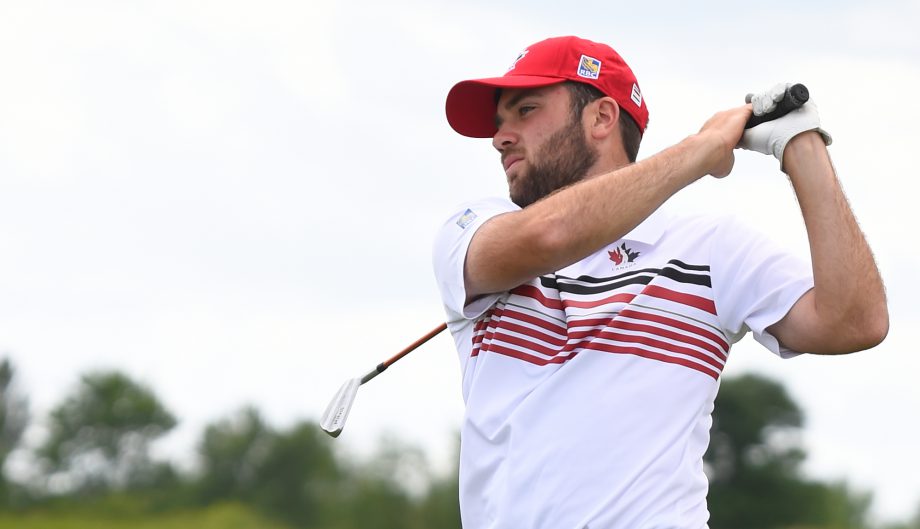 Birdie. Birdie. Birdie. That’s how Vancouver’s Stuart Macdonald finished his first qualifying school Friday to secure status on this year’s Mackenzie Tour-PGA Tour Canada circuit. That would be your textbook definition of clutch.

The 22-year-old member of Point Grey Golf & Country Club, who is a member of Canada’s national amateur team, finished the 72-hole Q school at the Country Club at Soboba Springs in San Jacinto, Calif., tied for ninth place at three-under par. That guarantees him the first four starts of the Mackenzie Tour season and means he won’t be an amateur much longer.

Macdonald was proud of the way he closed his round. He sensed he needed a big finish to secure status. “I was tied for 18th going into today and I definitely wanted to finish, if not top five, then inside the top 16,” Macdonald said over the phone after his round. “So I had to make something happen down the stretch. I had a sense I had to make some birdies and it happened.”

American Jake Knapp, who won Q-School by seven strokes with a score of 16-under par, earned fully exempt status. The rest of the top five are exempt through the first eight events of the Mackenzie Tour season. Players finishing ninth through 16th are guaranteed the first four starts of the season.

Macdonald was even-par for his round through 15 holes before his birdie binge, which began on one of the toughest holes on the course. “The 16th is a par 4 that is normally a par 5,” Macdonald said. “It’s about 485 yards, with lots of trouble, and it was playing straight into the wind. It was probably playing 500 yards today. I hit a good drive and a good 5-iron to about 12 feet and made the putt.

“The 17th hole is a pretty straightforward par 4. I hit my drive into the left rough, hit a pretty good shot to about 14 feet above the hole and my putt trickled on into the cup. The 18th is a ‘gettable’ par 5. I didn’t hit a great drive. I hit it in the rough so I couldn’t go for it, but I laid up to a good yardage and hit it to about six feet and made the putt. It is definitely a confidence-booster knowing that I can make a few birdies when I have to.”

Macdonald plans to hold off turning pro for another month or so. He will play in a couple of high-profile amateur events in the United States and also represent British Columbia Golf at a tournament next month in Peru.

He said he will likely turn pro just before the Mackenzie Tour begins its season. He could make his pro debut at a very familiar place, as the first event of the season — the $175,000 Freedom 55 Financial Open — goes June 1-4 at Point Grey.

“I think I’ve been a member there since I was nine or 10 years old,” Macdonald said of Point Grey. “I have probably played there a thousand times.”

Macdonald played four years of collegiate golf at Purdue University. He graduated with a management degree this past December and has been working hard on his game this winter in the southern California desert.

“Ever since I left Purdue in December, I’ve been down here in the Palm Desert area. My parents have a place here and it’s been nice having lots of time to work on your game with no school work to worry about. My game has been trending in the right direction for quite some time now. This will give me some confidence going forward. My game is in a good place and I’m sure I will do some good things out there.”

Macdonald said his first Q-School experience was not as nerve-wracking as he imagined. A three-under 68 in Tuesday’s opening round helped calm any nerves, although he had to survive some anxious moments in Thursday’s third round when he shot a three-over 74.

“I had some bad luck,” Macdonald said. “I lost a ball in a tree. My ball got stuck in a tree and I made a double, but I hung in there and stayed patient. I was probably less nervous today starting off than I was the other three days. My heart got racing pretty good there at the end.”