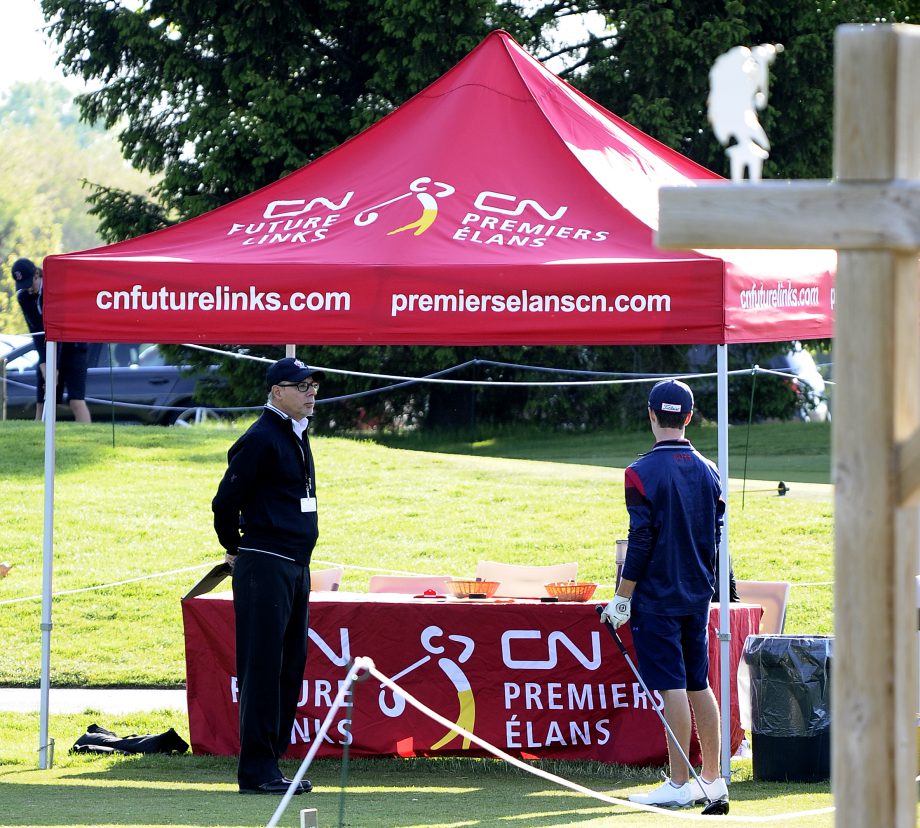 Prince Albert, Sask. – Cooke Municipal Golf Course in Prince Albert, Sask., is set to host many of the country’s junior golfing talents for the playing of the 2015 CN Future Links Prairie Championship. The tournament will open with a practice round on June 11, followed by 54-holes of stroke play competition from June 12-14.

The CN Future Links Prairie Championship is the third of six junior golf championships presented in partnership with CN to support the development of junior golf.

The historic Cooke Municipal Golf Course is situated in the heart of Prince Albert, Sask., and has been home to local golfers for over a century. It has hosted many provincial and national championships including the Canadian Men’s Mid-Amateur in 2009.

“This year’s CN Future Links Championships have gotten off to a great start with high levels of competition at the Pacific and Ontario editions,” said Dan Hyatt, Tournament Director. “Golf Canada is proud to continue the series at Cooke Municipal Golf Course with a number of local juniors looking to impress in front of friends and family. We are looking forward to an exciting championship.”

Competing in the Junior Boys division will be Owen Xiong, the 2014 CN Future Links Prairie Championship runner-up. The West Vancouver, B.C., native will look to improve upon a strong showing at the season-opening Pacific edition of the CN Future Links Championship. The reigning Saskatchewan Junior Boys champion, Corey Bailey from Shaunavon, Sask., will also be in the field. He finished the 2014 edition of this event at 7-over par to claim sixth place.

The field will feature a total of 22 players competing in their home province, including five juniors who call Prince Albert home. The quintet will look to take full advantage of the host venue being their home club. Kayla Sawchuk, the current Saskatchewan Junior Girls Champion, will be in contention hoping to translate her provincial success onto the national stage.

Team Canada Development Squad member Alisha Lau will also be in the hunt for the 2015 championship title after a runner-up finish last year at this event. The Richmond, B.C., product had a strong showing at the CN Future Links Pacific Championship, finishing at 8-over par to claim solo sixth place.

The top six junior boys and junior girls at each of the CN Future Links Championships will receive exemptions into their respective junior championships. The 2015 Canadian Junior Boys Championship will be held from August 2-6 at Summerlea Golf and Country Club in Vaudreuil-Dorion, Que., while the 2015 Canadian Junior Girls Championship will take place in Yorkton, Sask., at Deer Park Municipal Golf Course, August 3-7. In addition, the six CN Future Links Junior Girls champions will gain exemptions into a 2016 Canadian Women’s Tour event of their choice.

Three additional CN Future Links Championships will be played across the country in July:

Additional information on the 2015 CN Future Links Prairie Championship, including a full list of competitors and pairings are available here.