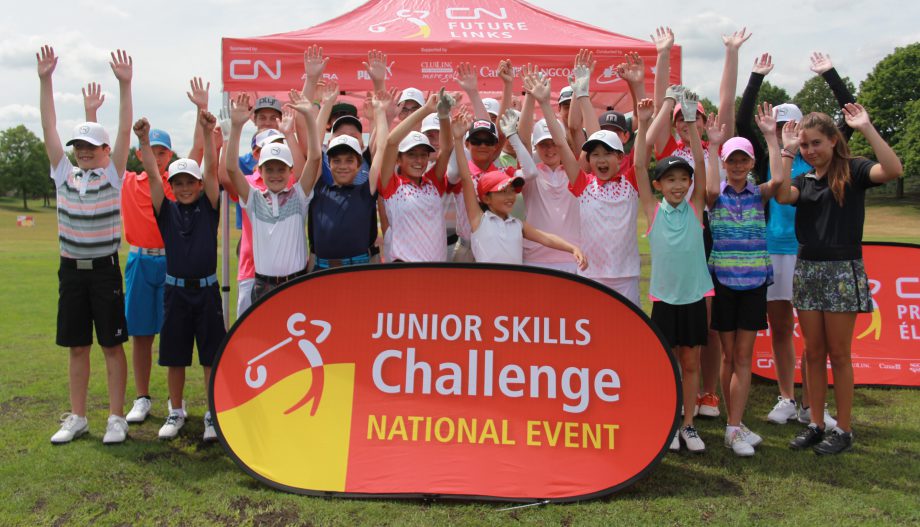 The National Event, running for the eighth consecutive year, crowned female and male champions from three age groups (9-11, 12-14 and 15-18). Among the 25 participants from across the country, the following six individuals emerged as champions:

The winners of each age group received a champion’s package from Titleist Footjoy. In addition, Marc Sweeney and Alexandra Jucan – winners of the 15-18 age groups – have earned exemptions into their local 2017 CN Future Links Championship.

“It was so exciting and competitive at the same time,” said boys 12-14 winner Ben Callaghan. “I was pretty nervous going into it but I started to build some confidence and am very happy to come out on top.”

Saturday’s National Event tested juniors in a four-part skills challenge which tested putting, chipping, driving and iron play. The participants, split into three different age groups, were invited based on their scores from individual Skills Challenge events hosted at 134 clubs throughout the year by CN Future Links instructors, totaling over 2,200 competitors.

On the Sunday prior to tournament week, junior participants will also have the opportunity to test the storied Glen Abbey layout in an exciting match play format, outfitted by program sponsor Cobra Puma Golf. Following that, participants will be provided weekly grounds passes and have an opportunity to be involved in Monday’s Pro-Am and secure a spot in Wednesday’s CN Future Links Walk with a Pro event during the Wednesday Pro-Am.

“The CN Future Links Junior Skills Challenge National Event is in place to recognize individuals from across the country in three age groups who have accumulated the highest score in our four key skill areas—chipping, putting, iron play and driving,” said Jeff Thompson, Golf Canada’s Chief Sport Officer. “The event being held at the RBC Canadian Open for the second straight year made for a very exciting atmosphere for all involved – we’d like to congratulate our champions and thank all competitors for their participation.”

In 2015, CN Future Links junior golf activities were conducted at 518 golf facilities with more than 7,100 juniors registered in the Learn to Play program. In addition, 164 golf facilities took part in the Junior Skills Challenge running more than 3,200 juniors through qualifying events. More than 64,000 youngsters participated in over 1,200 mobile golf clinics presented by ACURA. Since 2006, more than 1.3 million children have been introduced to golf through the CN Future Links program.

Click here for champion and general photos from Saturday’s event.