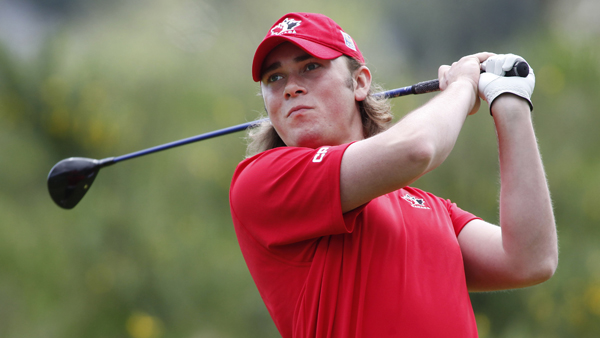 “We are excited to be in Muskoka for the CN Future Links Ontario Championship,” said Golf Canada Tournament Director Cam Crawford. “With so many Team Canada Development Squad members, as well as other CN Future Links veterans, this championship should prove to be both exciting and challenging for the competitors.”

The Rock Golf Club opened in 2004 and was Nick Faldo’s first Canadian design course. The Rock has previously played host to the Ontario PGA Class ‘A’ Championship in 2009 where golfers battled for a coveted spot on PGA Team Ontario.

“The Rock takes pride in helping to build the game of golf in Canada, and in doing so we recognize that growing junior golf is imperative to that,” said Spencer Morland, Director of Instruction and Associate Golf Professional at The Rock Golf Course. “There is nothing better than hosting competitive junior events to carry on our tradition of being family-friendly and a great home for junior golfers.”

Team Canada’s Development Squad will be well represented at The Rock in both the Junior Boys and Junior Girls divisions. The men’s side will be represented by defending champion, Carter Simon, 18, of Sutton, Ont., along with Étienne Papineau, 17, of Saint-Jean-sur-Richelieu, Que., and Matt Williams, 18, of Calgary, Alta.

From the Women’s Development Squad, the field includes Tanguay, Ko and Sabrine Garrison, 18, of Calgary, Alta.

The top six competitors in the Junior Boys division of each CN Future Links Championship will earn exemptions into the 2014 Canadian Junior Boys Championship, which will be contested July 28 – August 1 at the Legends on the Niagara Battlefield course in Niagara Falls, Ont. The Junior Girls Champion from each CN Future Links Championship will earn an exemption into the 2014 Canadian Junior Girls Championship, which runs July 28 – August 1 at the Thornhill Golf and Country Club in Thornhill, Ont.

The CN Future Links Junior Golf Championships are part of CN’s ongoing partnership with Golf Canada and their commitment to junior golf. Focused on supporting safe and fun activities that have a positive impact on children’s health and well being, CN’s investment in CN Future Links is helping to increase grassroots junior golf participation in communities across Canada. In addition, the Junior Girls champion will receive an exemption into a Canadian Women’s Tour event.