CN Future Links starts with a bang in Westman, Manitoba 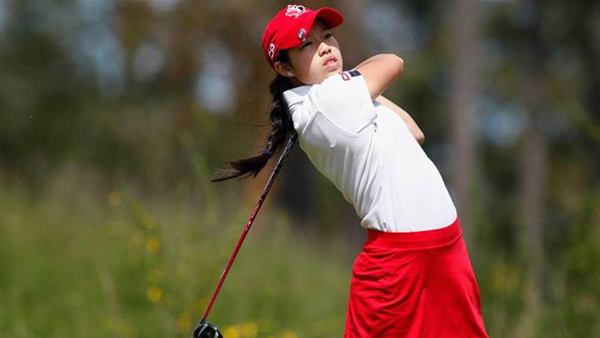 The 2014 CN Future Links Prairie Championship started with a bang this week at Shilo Country Club in Westman, Manitoba. Defending champion and Team Canada Development Squad Member, Jaclyn Lee, took the opening round lead in the Junior Girls division with a score of 1-under-par 71. Alexandra Demko, 15, of Thunder Bay, Ont. follows in second with 1-over-par 73, and Veronica Vetesnik, 17, of Winnipeg takes third with a first round score of 74.

On the Junior Boys side, Winnipeg’s Zach Sackett fired 6 birdies for an opening score of 2-under-par 70. He currently shares first place with Keaton Gudz, 15, of Victoria. Andrew Brown, 17, of Calgary follows by one stroke in third with 1-under-par 71, and Corey Bailey, 17, of Shaunavon, Sask. sits in fourth with an even-par score.

The second round of the 2014 CN Future Links Prairie Championship begins tomorrow at 7:30 a.m. CDT. For complete scoring and information, click here.

Shilo Country Club opened the Championship’s practice round with a bang on Thursday, May 29, 2014 with a special visit from members of the Shilo Military Base.