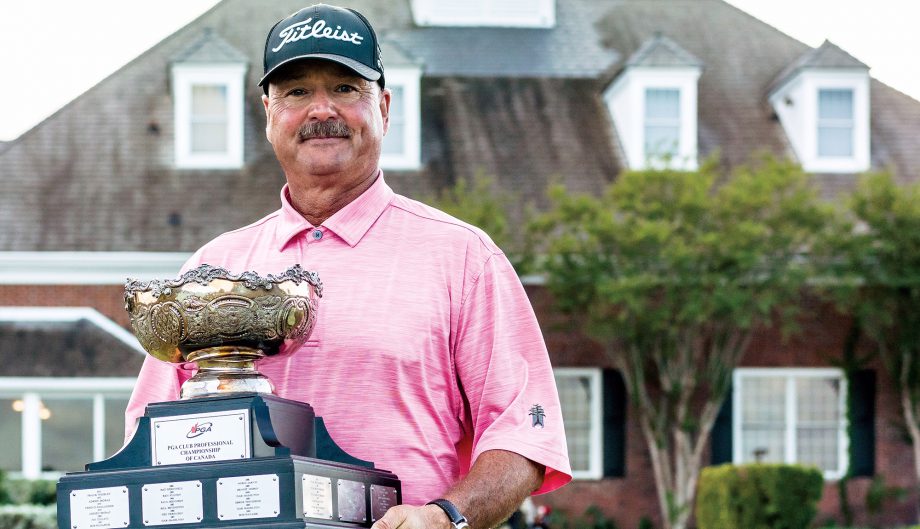 After rounds of 72-69 at the TPC Eagle Trace in Coral Springs, Fla., the 56-year-old’s wait is over, capturing the PGA Club Professional Championship of Canada presented by Titleist & FootJoy.

“Not only is this is my first PGA of Canada national championship win, it’s my first win as a golf professional,” and elated Cochrane said after his final round. “Even though it was a long-time-coming, I really felt like it was my time to win.”

A PGA of Canada member for more than 20-years, Cochrane also played the PGA TOUR Canada – Mackenzie Tour for a number of years in the 1980s and 1990s.

Cochrane’s two-day total of 3-under-par saw him two shots better than Brian Hadley and Jeff Mills. Josh Fleming finished alone in fourth after a final round 67, with first-round leader Scott Allred and Philippe Mongeau rounded out the top five.

“I really like the finishing holes here at TPC Eagle Trace,” Cochrane said. “All week I’ve felt comfortable on the back nine, which helped me stay committed to hitting my shots.”

Cochrane’s final-round back-nine at TPC Eagle Trace featured four birdies, three of which came in succession on holes 14, 15 and 16.

“I felt zero anxiety out there on the back today,” Cochrane said. “I chipped in on No. 11 and also made a bunch of crucial putts as well.”

The Inter-Zone Team Championship, which is comprised of four players per zone (and three scores per team counting), was handed out on Wednesday. Team Ontario (Hadley, Gordon Burns, Billy Walsh and Ken Tarling) captured the title.