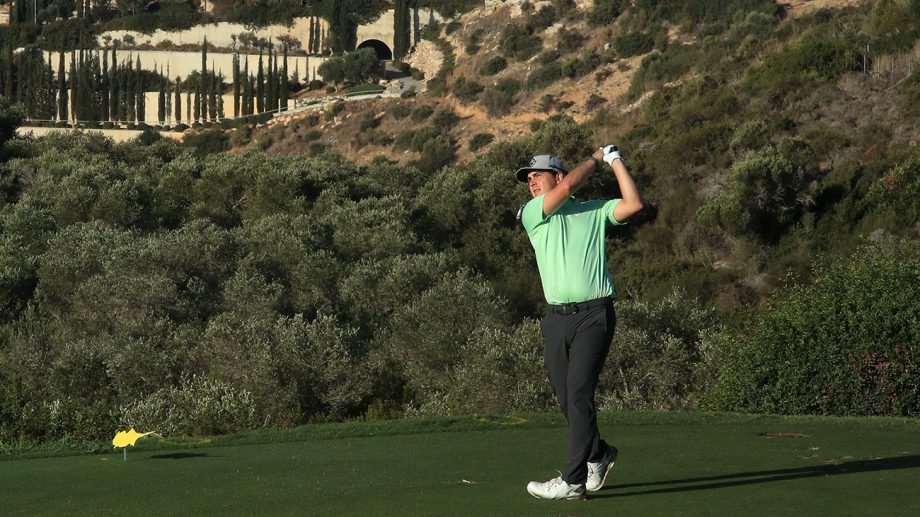 PAPHOS, Cyprus — Callum Shinkwin beat Kalle Samooja in a playoff to win his first European Tour title after a dramatic final day at the Cyprus Open on Sunday.

Shinkwin birdied the first extra hole to secure victory after the pair had finished tied on 20 under par.

“Winning on the European Tour is something I’ve always wanted to do and now I have,” said the 27-year-old Englishman, who lost his Tour card at the end of 2018. “It’s been a bit of a shock, but it feels great.”

Shinkwin, who lost a playoff for the Scottish Open in 2017, had earlier produced a spectacular finish to set the clubhouse target following a closing 63.

Shinkwin was two shots behind with two holes to play but birdied the 17th and then holed from 50 feet for an eagle on the 18th to complete a back nine of 29.

“I could see the scoreboard and Kalle was on 19 (under) and I was on 18,” Shinkwin said. “There was no chance really to hole that putt normally, it was one in a million you’re going to hole it from that distance and my aim was to try and two putt.”

Samooja needed to match Shinkwin’s eagle to win in regulation and saw his long-range attempt run five feet past the hole. He held his nerve to hole the birdie putt to finish with a 64 and force extra holes.

The 32-year-old Finn then left himself with an almost identical birdie putt to extend the playoff, but pushed it agonizingly wide of the hole.

Overnight leader Jamie Donaldson, who needed on-course treatment for a back problem, carded a closing 67 to finish in a tie for third on 18 under with Robert MacIntyre (65) and Garrick Higgo (65).

Canadian Aaron Cockerill finished the tournament in a tie for 14th. The player from Teulon, Man., scored a 66 in the final round and climbed 13 spots from his Saturday position.