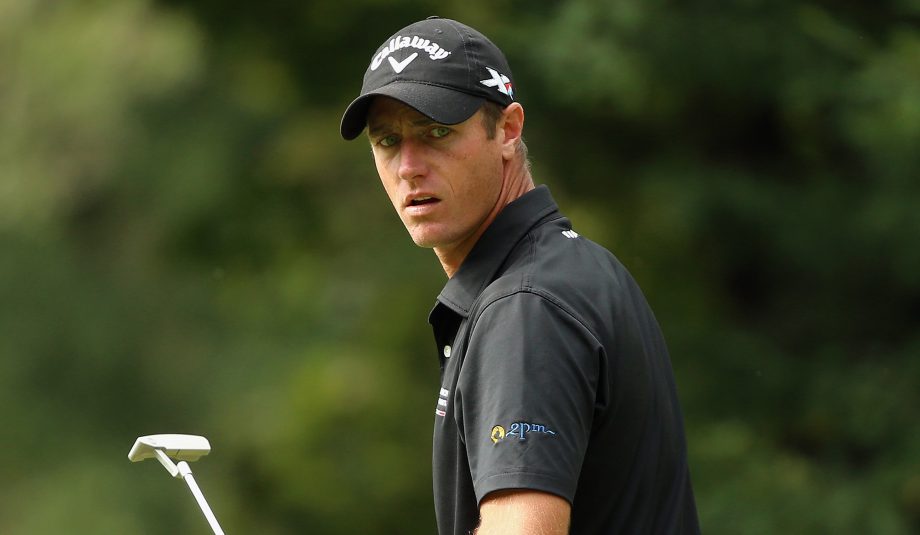 MONZA, Italy – Nicolas Colsaerts matched the European Tour record of eight birdies in a row Thursday on his way to an opening-round 9-under 63 to take the clubhouse lead at the Italian Open.

The Belgian made a solid start on the back nine, parring his first four holes before five consecutive birdies from the 14th to the 18th saw him make the turn in 31.

Colsaerts, who is ranked 218th, also birdied the next three but then narrowly missed from 20 feet on the fourth. The European Tour said Colsaerts was the 11th player to make eight straight birdies but that he won’t officially be given a share of the record as the tournament was using preferred lies.

“It all felt pretty easy to be fair,” Colsaerts said. “We all know what it’s like when you get on fire and you keep going. I didn’t know how many it was, they were just coming. I stopped (counting) at six and it kept going for a while which was good. … I was waiting for a round like this where everything clicks together.”

The 32-year-old Colsaerts, who is seeking his first win since the World Match Play Championship in 2012, had a two-shot lead over former champion Francesco Molinari and India’s Shiv Kapur.

Kristoffer Broberg was also on 65 after a late surge. The Swede was two under through 13 holes after two bogeys and four birdies but birdied the final five holes to move joint second.

Molinari’s last win also came in 2012, in the Spanish Open. He became the first home winner of the Italian Open since 1980 – as well as the youngest winner of the tournament – when he won in 2006.

“I have prepared well the last few weeks to get here in good form and it showed today,” the 32-year-old Molinari said. “It always gives me that extra motivation to play in front of my home crowd. I wish I could do it more often than once a year.”