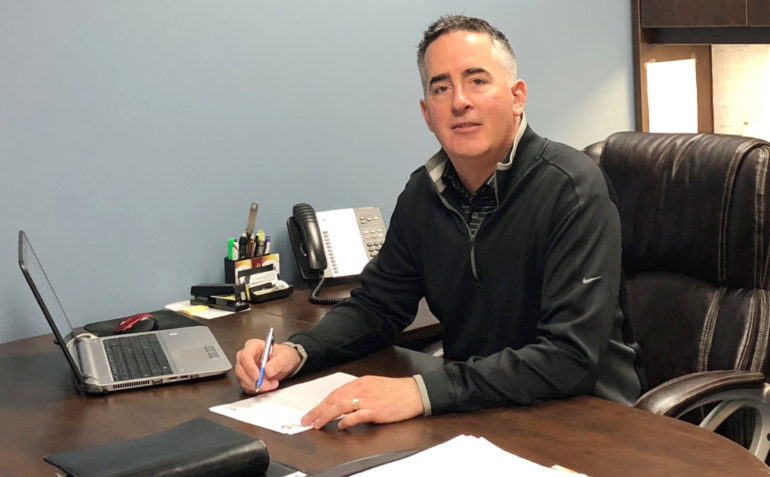 Long-time executive director of Golf Manitoba, Dave Comaskey is moving onto a new chapter in his career.

Originally from the northern community of Thompson, Manitoba, he started his career at the Southwood Golf and Country Club working as an assistant golf professional from 1995 to 1999. Comaskey returned to the University of Manitoba and followed up his Bachelor of Arts degree with a degree in Recreation Studies. He went on to become the assistant executive director at Golf Manitoba under Dave Morison in 2002. After almost 13 years as the executive director, Comaskey said working in golf is a privilege.

“It’s in me, I’ve grown up around golf and loving it. It’s always been my passion, I feel very fortunate to be working in the industry. Golf has always been a major part of my life,” he said.

Comaskey took over for Morison in 2005 when the former executive director retired. The amalgamation of men’s and women’s golf associations was an initiative Comaskey is proud of. He said the 100th anniversary of golf in the province a couple years ago was another.

“We launched some player development initiatives, a celebratory tournament, some marketing stuff, that was a really neat and challenging year,” Comaskey said.

The development of games programming (Manitoba, Western Canada and Canada Games) is also among Comaskey’s highlights.

He will continue to work in the golf industry. Comaskey is the new golf course operations coordinator for the City of Winnipeg’s Golf Services. The city has three courses that will operate with Comaskey’s management. He said the timing is right for both him and Golf Manitoba.

“It’s a good time for me and Golf Manitoba. It’s healthy for someone else to come in here and bring some new ideas and initiatives,” he said.

Comaskey is looking forward to the new opportunity. He said the choice was a difficult one to make but staying within the sport was important.

“It wasn’t an easy decision by any means to move on to a new opportunity, but it certainly made it easier having it be in golf,” he said.

The board will begin their search for Comaskey’s replacement this week. His last day will be May 11.