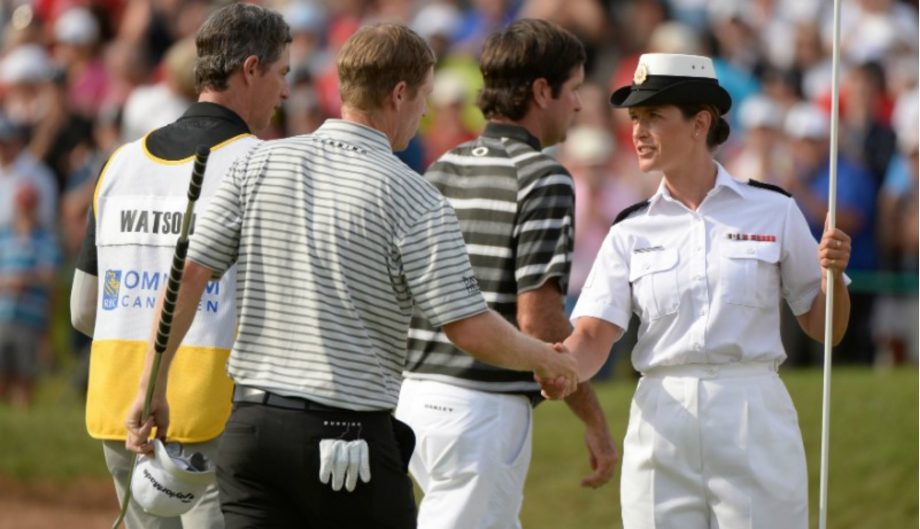 Commissionaires, the largest private employer of veterans in Canada, has announced a partnership with Golf Canada to host Canadian Armed Forces Day taking place Saturday July 29, 2017 as part of the RBC Canadian Open.

All current and former members of Canada’s Armed Forces who register at www.commissionaires-cgl.ca will be entitled to a “military pass” that will provide access to the tournament grounds and upgraded venues. The invitation is also extended to immediate family members making this a truly memorable day.

“The PGA TOUR has an established record of sponsoring veteran causes across North America. Given the Commissionaires’ mandate to provide meaningful employment to veterans, it makes great sense for our two organizations to pool our efforts to honour those who serve our country, and the families that support them,” said Benjamin Alexander, Senior Vice President with Commissionaires.

“It’s great to stand should-to-shoulder with Commissionaires on Canadian Armed Forces Day,” said Brent McLaughlin, Tournament Director for the RBC Canadian Open. “Just weeks after honouring those who fought at the Battle of Vimy Ridge, and in the year we celebrate Canada’s 150th birthday, we are proud to partner with Commissionaires to honour our military.”