Compton returns to US Open after 2nd heart transplant 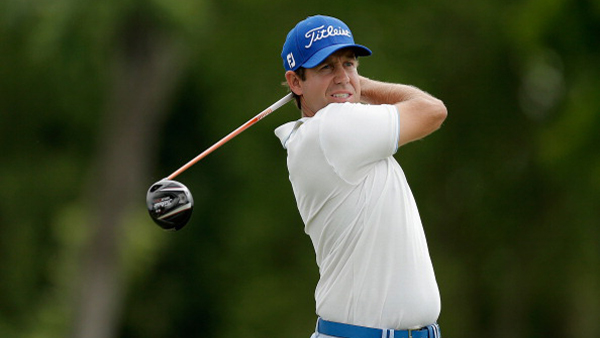 PINEHURST, N.C. – When Erik Compton strolls up to the first tee at Pinehurst No. 2 on Thursday, he’ll be in some unfamiliar territory.

The only other time he played in one of golf’s biggest events was four years ago.

He missed the cut.

But if you’re expecting Compton to be overwhelmed by this U.S. Open moment, think again. This guy has faced much more daunting challenges than a major championship – such as undergoing two heart transplants.

“I’ve been through some tough times,” said Compton in what qualifies as a colossal understatement. “I’m just happy to be out here playing and feeling strong.”

Compton is the only golfer at Pinehurst on heart No. 3, which gives him a unique perspective.

Diagnosed with heart disease as a child, Compton received his first transplant at age 12. Sixteen years later, he suffered a major heart attack but managed to drive himself to the hospital quickly enough to extend his life with another transplant.

Now 34, he has qualified for his second U.S. Open, giving him a chance to promote a cause that is certainly dear to him – organ donation – while inspiring others to keep pursuing their dreams even when life deals them a cruel hand.

“Most people don’t survive a widow-maker heart attack,” Compton said, referring to the ominous nickname for the condition that nearly claimed his life in 2008.

Yet there he was on Tuesday, playing a practice round with good friend Ernie Els and two other major champions from South Africa, Louis Oosthuizen and Charl Schwartzel. As the group walked away from the 18th tee, someone shouted out, “Go Dawgs!” – a reference to Compton’s college days at the University of Georgia.

Compton looked as calm as could be. That doesn’t figure to change when the tournament begins.

“There’s no doubt that’s one of his advantages,” said Charles DeLucca, who has been coaching Compton since around the time of the first transplant. “Adrenaline is one thing, but stress isn’t stress to him. He’s been through the works.”

Unless one knows the details of the story, there is no way to tell that Compton was so close to death not so long ago. He looks like just another player trying to deal with Pinehurst’s treacherous greens and punishing waste areas.

Even Schwartzel, who had some idea of Compton’s ordeal, wasn’t entirely up to speed on the enormity of it.

“It’s hard to grasp,” Compton said. “Charl actually asked me, `Did they take out the whole heart?'”

While that may be someone else’s heart in his chest, the willpower and determination is all Compton’s. There are guys who would’ve given up on this dream long ago, even without a life-threatening malady along the way.

After turning pro in 2001, Compton struggled for the better part of a decade to break through. He spent most of those years on the Nationwide and Canadian tours, occasionally turning up at a PGA Tour event. The ailing heart surely made it harder for him to realize his true potential, though the Florida native spends little time dwelling on what might have been.

“I don’t know how life would’ve worked out,” Compton said. “We all take different paths.”

He’s certainly got no complaints at the moment. Compton finally earned his Tour card in 2012, went through qualifying school to keep it the following year, and now seems to be establishing himself as a solid, consistent pro. He’s already won more than $863,000 this season, by far the best of his career with a good chunk of the schedule still remaining. That includes fifth-place showings at both Bay Hill and New Orleans.

“A lot of people have transplants but go on to be successful at other things,” Compton said. “I’m happy that I’ve been able to be a success in sports, competing with the elite of the elite, and to make a living doing it.”

Golf was the last thing on Compton’s mind during that awful day in 2008. Fortunately, he was aware of how his body should feel and knew that he needed help as soon as possible. He arrived at the hospital losing vision, struggling to stay conscious and coughing up blood.

“I was basically minutes away from dying,” Compton said. “People say that dying is peaceful. Well, maybe when you’re dead it’s peaceful. But the process of having a widow-maker heart attack is very painful.”

The odds of survival were slim enough – even slimmer for someone who had already undergone a transplant.

But Compton held on, got another heart, and got back to living.