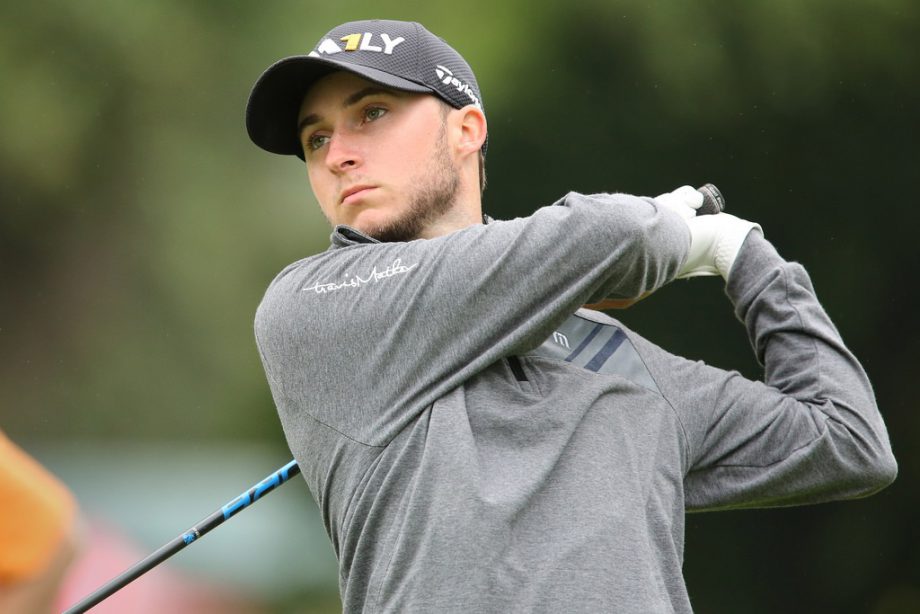 Calgary – Austin Connelly and Carlos Sainz Jr., are tied atop the leader board at 11-under 133 through 36 holes of the ATB Financial Classic, the eighth event of the 2016 Mackenzie Tour – PGA TOUR Canada season.

Playing in the first group on the golf course this morning, Connelly continued to play conservative and converted birdies on both par 5s on the front nine before adding two more on Nos. 13 and 14. Sudden windy conditions led to his only bogey at the par-3 16th, but Connelly quickly rebounded with a timely birdie at the par-4 18th to ascend to 11-under for the tournament.

“I came in with the same mindset that I had going into yesterday which was to give myself as many good looks as possible – try to keep it on the proper sides of the hole,” Connelly said. “Out here it’s really important to keep it below the hole because you can find yourself in some extremely difficult situations on these greens if you don’t do that.”

At 19 years, 10 months and 18 days, Connelly is the youngest player in the field. With this being his first full season on Tour, the young Canadian is quickly learning what it takes to manage being in contention.

“It takes a lot of playing out here and being in the situation — it’s definitely an adjustment,” Connelly said. “This is the fourth event out here where I’ve been at or near the lead at least through the middle of the second round so I’m starting to get a lot more comfortable around the lead, whereas three or four events ago I was a little less comfortable.”

On the opposite side of the draw, Sainz was greeted with blustery conditions for his afternoon tee time, but was not fazed by the challenge en route to a bogey-free 5-under 67.

“My game plan was to hit it lower in this wind,” Sainz said. “I wanted to take advantage with how well I’m playing, and this course is still doable in the wind because the fairways aren’t too tight, and I was fortunate to make some putts along the way.”

After only one birdie on the front nine, the former Mississippi State Bulldog poured in four birdies on the back, including three on the last four holes, to vault up the leader board and join Connelly in Saturday’s final pairing.

“Realistically if you shoot a couple under in the wind or even par you are not losing a lot of ground, so to shoot 5-under is obviously a bonus,” said Sainz, a former winner on the Mackenzie Tour. “Now that I’m at the top of the leader board it’s a little different scenario so I’m looking forward to the weekend.”

Tyler McCumber and Paul Barjon are tied for third at 10-under, one stroke back. Barjon birdied his final three holes to shoot a 7-under 65 and tie the low round of the tournament. McCumber eagled the par-5 13th to turn in a 4-under 68.