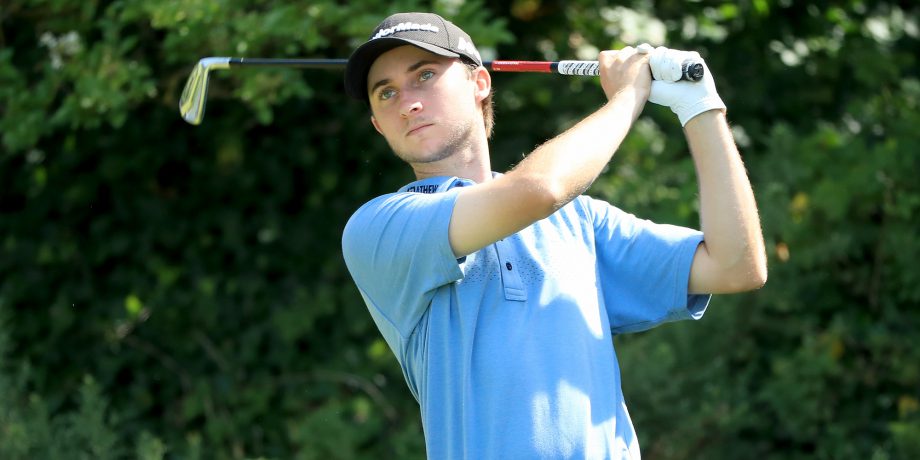 JOHANNESBURG – Chris Paisley and Adrien Saddier opened up a big lead after two rounds of the South African Open on Friday as they moved to 13 under par and four shots clear of their nearest challengers.

England’s Paisley hit a 7-under 65 to move up from second overnight. France’s Saddier had the round of the day at Glendower Golf Club in Johannesburg, a blistering, course record-equaling 63 with an eagle, seven birdies and no bogeys.

Both Paisley and Saddier are seeking a maiden European Tour title.

Home player Jacques Kruyswijk is alone in second on 9 under, with a group of four players another shot behind him on 8 under and in a tie for fourth.

The 48-year-old Goosen began this week with a promising 69 and then carded six birdies and an eagle for his 5-under 67 in the second round. It could have been even better if not for a bogey on No. 13 and a double bogey on the last.

Ernie Els, a five-time winner of the South African Open, made the cut after a 70 moved him to 3 under. Defending champion Graeme Storm missed the cut by a shot, though, thanks mainly to his opening-round 75.

Canadian Austin Connelly shot a 1-over-par 73 to hold a share of 56th heading into the weekend at Glendower. Fellow countryman Mike Weir carded a second consecutive 73 (+2), missing the even-par cutline by two strokes.