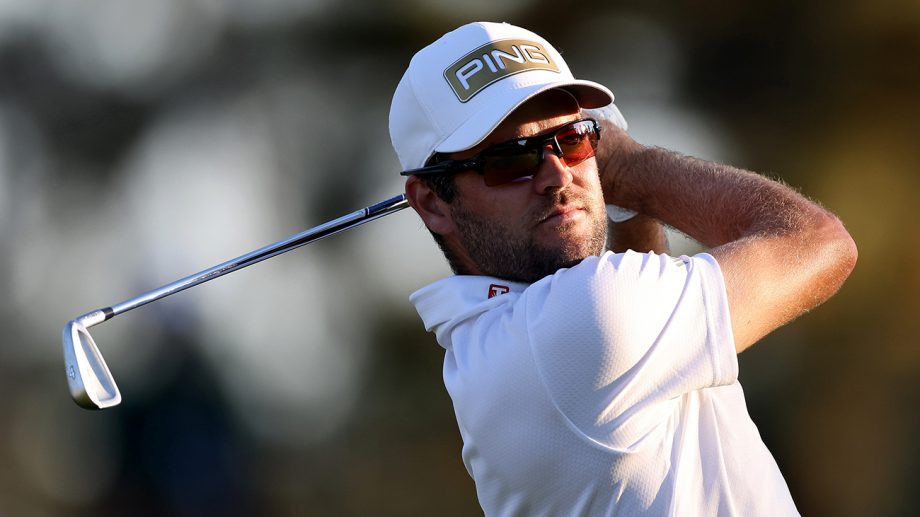 AUGUSTA, Ga. — A long day in the small window of daylight that comes with a Masters in November didn’t settle anything except that Dustin Johnson is playing like the No. 1 player and Justin Thomas has finally figured out Augusta National.

They were among four players atop the leaderboard Friday when the second round was halted by darkness, a product of the most unusual Masters ever trying to catch up from a three-hour weather delay at the start.

Among those still on the course was Tiger Woods, stuck in neutral on a day when the greens picked up a little more speed and the autumn leaves shook slightly with some wind. Bryson DeChambeau was struggling to make the cut after a lost ball that led to a triple bogey.

What two days have shown is that Masters experience only goes so far on a soft course with rye grass that isn’t grown in quite the way it usually is in April.

Abraham Ancer, one of 26 newcomers to the Masters, ran off six birdies in his round of 5-under 67 that allowed him to join Johnson (70) and Thomas (69) as part of the clubhouse lead at 9-under 135. Also tied was Cameron Smith of Australia, who played his last four holes with an eagle and three straight birdies for a 68.

Another Masters rookie, Sungjae Im (70), was in the group another shot behind that included Patrick Cantlay (66), who contended for the green jacket last year.

“You have to really throw all the past knowledge out the window this week, as weird as it is,” Thomas said. “A lot of the history and things that you know about the golf course, it can sometimes hurt you this week because of what you’re used to. But at the end of the day, it is a lot softer and a lot more scorable.”

He served up one example from Friday morning when he was among 44 players who had to finish his opening round. Thomas was well left of the 15th green in two with the pin to the right, leaving a pitch that typically is nearly impossible to hit close. He hit a hard, low pitch that hit the brakes at the hole and spun gently to tap-in range for birdie.

“I had to trust that I just had to gas it and hit it pretty hard and it was going to spin,” Thomas said. “Balls are making pitch marks with chip shots and pitch shots.”

Johnson was among three players to finish one shot behind Woods at the last Masters, and he appeared to be hitting his stride with four birdies on the back nine to cap off a 65 in the morning. That gave him a share of the 18-hole lead with Dylan Frittelli and Paul Casey.

Johnson quickly became the first player this week to reach 10 under with three birdies around Amen Corner. But then he had some mud on his ball — that’s not unusual this week — that sent his ball to an impossible shelf on the 14th green, leading to a three-putt bogey.

Next, his 3-iron caught a small gust on the par-5 15th, and that was enough to hit the front of the green and roll back into the water. That led to bogey.

Momentum gone? Johnson shrugged. But he followed with 11 straight pars — shots in the bunker cost him good birdie chances on the par 5s on the front nine — until stuffing his last approach to 6 feet for birdie on No. 9.

After a wet start, the forecast was shaping up for a nice weekend, and there was a buzz at Augusta National on Friday. It wasn’t from the crowd — no patrons were allowed this year — but from the motors of the sub-air system.

“I think it can firm up a little bit, but it’s going to be tough for it to get firm,” Johnson said. “I think it’s going to be soft enough to where you’re going to have to attack the golf course and play aggressive and keep swinging like I am. I like where I’m at. I like my position.”

Of those still on the course, Hideki Matsuyama was at 8 under with three holes to play, while Jon Rahm birdied the par-3 12th hole to reach 8 under when play was suspended.

Woods left the course on Thursday with only three players ahead of him. He was tied for 10th when the first round ended, and he was tied for 22nd when he left Friday night with two birdies on the par 5s and bogeys on the third and seventh, the latter from a tee shot close enough to the Georgia pines that his only shot was to hit a runner into the front bunker.

DeChambeau, the betting favourite coming into the week because of his enormous bulk and power off the tee, took a big swing on No. 3 and never found the ball. With the altitude on his shots, it could have buried under the soft turf. Either way, he went back to the tee and drove in about the same spot, made a mess of his flop shot and took a triple bogey.

He followed with two more bogeys but was in good position for a birdie to get back to even par for the tournament.

Corey Conners of Listowel, Ont., is the highest scoring Canadian at the Masters so far, currently sitting at 3 under. Conners played a solid 16 holes before the sunset cut-off, shooting up 43 spots to a tie for 27th. Nick Taylor (Abbotsford, BC.) shot to par during the second round for a current position of T50 — the Masters first-timer was the sole Canadian player to complete his round on Friday.

2003 Masters champion Mike Weir sits at 2 over, but was only able to finish his first nine holes before play was halted. Abbotsford’s Adam Hadwin played through 13 holes and ended the day at par. The second round is not yet over for three out of four Canadian players at the Masters, who will return to the course on Saturday morning at 7:30 a.m. ET to finish their games.

The cut is top 50 and ties, and among those who will be sticking around are young and old — 23-year-old U.S. Amateur runner-up John Augenstein and 63-year-old Bernhard Langer. The two-time Masters champion shot 68 in the morning on a long, soft course. He followed with a 73 and will be the oldest player to make the cut at Augusta National.

“It actually makes me feel older when I play with these young guys and I see how far they hit it and how short I hit it,” Langer said. “I like this golf course. I think I know how to get around it, even though I hit very long clubs. But it’s certainly not easy.”

It was plenty hard for Rory McIlroy, who opened with a 75 and was in danger of the weekend off until he rallied with a 66 to at least get back in the mix in his pursuit of the final leg of the career Grand Slam.