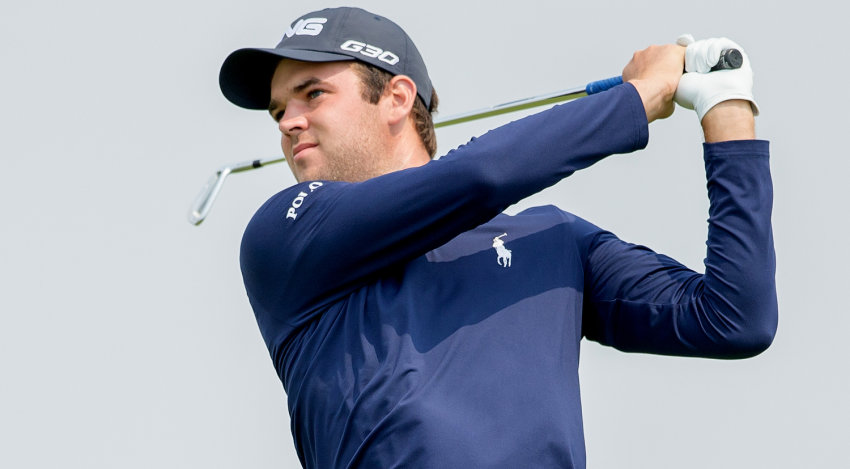 THUNDER BAY, Ont. — The final round of the Staal Foundation Open presented by Tbaytel promises to be a shootout, with four players sharing the lead heading into Sunday at the Whitewater Golf Club.

Listowel, Ontario’s Corey Conners, Otsego, Minnesota’s Clayton Rask, Cape Coral, Florida’s Chase Marinell and Australia’s David McKenzie all sat at 14-under through 54 holes, with 14 players within two shots of the lead heading into the final round of the sixth Mackenzie Tour – PGA TOUR Canada event of the 2015 season.

“This is fun. It was a lot of fun out there today, and I expect to have a lot of fun as well tomorrow. It’s enjoyable to have some pressure on you, and it’s what we all work for out here,” said Conners, who shot a 2-under 70 to take a share of the lead heading into Sunday.

Pittsburgh, Pennsylvania’s Mike Van Sickle birdied six of his first seven holes to build a three-shot lead early on Saturday, but made three bogeys and a double bogey coming in to finish at 13-under. That set the stage for McKenzie (67) and Marinell (68) to post the clubhouse lead, with Rask and Conners matching them in the day’s final two groups.

“Today, guys got off to a great start but it looks like they struggled a bit coming in. There are some good scores out there, it’s just a matter of if you can hang on I guess,” said McKenzie, a veteran 47-year old who has made 183 starts on the Web.com Tour and owns victories on the PGA Tour of Australasia and PGA TOUR China Series, where he won twice last year and finished sixth on the Order of Merit.

Playing at the opposite end of the spectrum, the 23-year old Marinell carded a 4-under 68, continuing a strong rookie season on the Mackenzie Tour that has him ranked 26th on the Order of Merit.

“I’ve been in the position not to win, but kind of in contention so I kind of know what to expect. There’s still going to be some nerves involved, but that’s just part of golf and if you don’t have nerves, something’s wrong,” said Marinell, who finished T8 at The Players Cup last week.

Rask, who played in the day’s final group with Gligic, rebounded from a tough start with three straight birdies on his back nine to shoot a 2-under 70 and share the lead. Michael Gligic posted a round of 73 today to fall to T8.

“When you get flustered, you just have to remain calm and try not to take yourself out of it. You just need to make one birdie and get back to even and start running from there,” said Rask.

One shot back at 13-under were Order of Merit No. 2 J.J. Spaun, Van Sickle and Drew Evans, who finished T7 here last year.

Albin Choi signed for a score of 2-under 70 and currently sits T14 heading into Sunday.