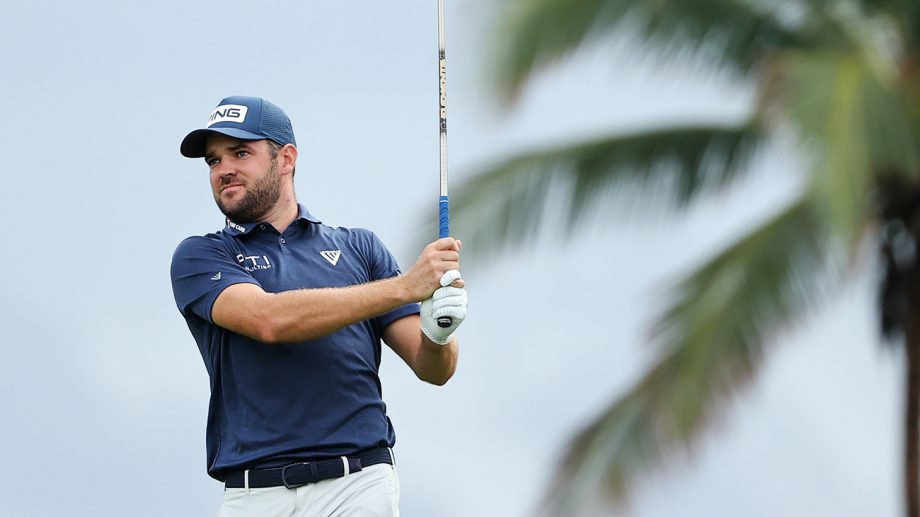 PLAYA DEL CARMEN, Mexico — Emiliano Grillo made birdie on half of the holes Friday on his way to an 8-under 63 that gave him a three-shot lead going into the weekend at the Mayakoba Golf Classic.

The second round was delayed by one hour by heavy rain in the morning, and it was not completed before it was too dark to continue. No one was close enough to catch Grillo, who was at 12-under 130. It will be only the fifth time in 136 starts on the PGA Tour that he has a share of the lead after any round.

Tony Finau one-putted six consecutive holes in the middle of his round, four of them par saves and none tap-ins, and posted a 66. He was at 9-under 133, along with Tom Hoge, who had a 67.

Justin Thomas, at No. 3 the highest-ranked player in the field, was zooming into contention with five birdies and an eagle through 12 holes. His momentum stalled, however, particularly with bogeys on his last two holes. Thomas had to settle for a 67 and was nine shots behind.

But he’s still playing, which won’t be the case for Rickie Fowler and Brooks Koepka.

Fowler was in position for an easy birdie on the par-5 13th hole when he sent a long iron well to the right into the trees for a lost ball. That led to bogey, and he dropped another shot on the 17th that led to a 1-over 72. The cut would not be made until Saturday, though Fowler looked certain to miss by one shot.

With no events left this year, Fowler is likely to fall out of the top 50 in the world for the first time since 2010, his first full year on the PGA Tour. He still is not eligible for the Masters next April, though he would have three months at the start of next year to either win or get into the top 50 by the end of March.

Koepka, coming off a pair of top 10s in the Houston Open and the Masters, had another 71 and finished at even-par 142. He was in reasonable shape until three-putting from about 8 feet on the par-5 fifth hole for a bogey, his 14th of the round. He made birdie on the par-3 eighth, but will miss by one shot.

Among those still on the course was former U.S. Amateur champion Andy Ogletree, who turned pro after finishing low amateur at the Masters. Ogletree was at 7 under with three holes remaining.

Grillo made five birdies on the front nine to catch Finau and Hoge, who played in the morning. After a bogey at No. 10, the Argentine hit his stride with his great iron play and ran off three straight birdies.

As it began to get dark, Grillo stuffed a wedge into about 4 feet on the 17th for his ninth birdie of the round, and he elected to finish the 18th after the horn sounded to stop play because of darkness.

Finau has been among the top 20 in the world dating to August 2018, even though his lone victory on the PGA Tour remains the Puerto Rico Open in 2016.

“I learned this game doesn’t owe you anything. You’ve got too earn everything you have, earn all your wins,” Finau said. “It’s been a long time coming I feel like for (win) No. 2. Hopefully, it happens here in a couple of days.

Carlos Ortiz, playing for the first time since the Mexican earned his first PGA Tour title in the Houston Open last month, had a 68 and was six shots behind.

Corey Conners of Listowel, Ont., was the lone Canadian to sit over the projected cut line of 1 under. He shot 66 Friday and is tied for 18th at 5 under.

Michael Gligic of Burlington, Ont., who was two shots off the lead after the first round, shot 75 Friday to fall to even par.