Conners tied for 20th at Mayakoba Golf Classic before final round 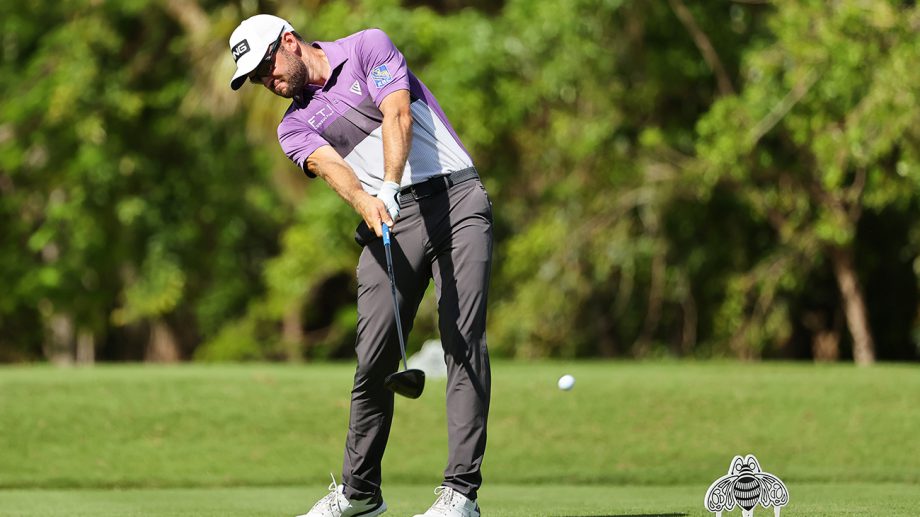 PLAYA DEL CARMEN, Mexico — Emiliano Grillo steadied himself with a pair of birdies over the last six holes Saturday for a 3-under 68, giving the Argentine a one-shot lead going into the final round of the Mayakoba Classic.

Tom Hoge, without a win in his PGA Tour career, birdied four of the last five holes at El Camaleon Golf Club for a 65 to get within one shot of the lead.

Corey Conners, a native of Listowel, Ont., is currently tied for 20th place after shooting a 3-under 68 Saturday. He is the lone Canadian in the field after Michael Gligic, Drew Nesbitt, Roger Sloan and Adam Hadwin all missed the cut.

After two days of rain, the course was soft and susceptible to low scores and quick movements, and there were plenty of both. Players were allowed to clean and place their golf balls in the fairway.

Adam Long ran off seven birdies on his opening nine holes before he slowed and had to settle for a 63. Justin Thomas, who started on the back nine, played bogey-free for a 62 to get back in the mix. He was four shots behind.

Tony Finau also got in on the action, but only briefly. Finau made a hole-in-one on the 103-yard fourth hole with a gap wedge. He followed with three more birdies on the front nine and got within one shot of Grillo at one point.

But he was wild with the driver, and it finally caught up with him. Finau bogeyed the 11th and 12th, and he failed to make birdie on the par-5 13th with an iron for his second shot. He had no birdies on the back nine, dropped another shot on the 18th and wound up with a 69, leaving him five shots behind.

His only victory was in the season-opening Safeway Open in 2015 in his debut as a PGA Tour rookie. He rallied that day at Silverado. Sunday will be the first time he takes a lead into the final round on the PGA Tour, but he should get some confidence from being at Mayakoba.

This was his 19th round at El Cameleon, all of them under par.

Even so, it figures to be a wild chase in the final official PGA Tour event of the year. Ten players were separated by five shots, and Saturday showed that ground can be made up quickly.

“Didn’t have it on the back nine for me. Luckily I’m still within reach,” Finau said. “A lot of guys scored today. Hopefully, I’m one of those guys tomorrow that takes it low. It’s going to take probably a low to mid-60s round for me tomorrow.”

Viktor Hovland, who won in Puerto Rico in one of the final events before the COVID-19 pandemic shut down golf for three months, put together a string of birdies of his own down the stretch for a 63 that left him alone in third, two shots behind.

Thomas didn’t feel as though he played that much differently from the second round, when he had a rough time on the greens in the afternoon and finished with two bogeys for a 67. He said he told his father it might have been the worst 67 ever shot.

“I felt like I could have shot 60, 61, 62 and shot that,” he said. “So I just really just tried to go out there and didn’t really have a game plan or mentality, just try to hit the fairways and, with the ball in hand, just attack and make a bunch of birdies. And we did.”

Corey Conners of Listowel, Ont., played 68 during Saturday’s round for 8-under 205. The sole Canadian in the field after Friday’s cut, Conners is tied for 20th place going into the final day of the tournament.