Corey Conners comes from behind to win Jones Cup 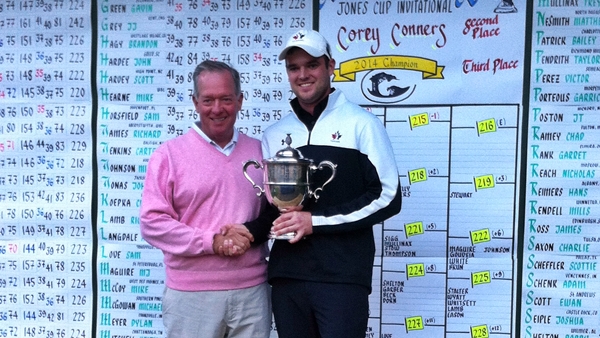 Conners, 21, was 1-stroke back in a tie for fourth heading into the final round. He gained the outright lead earlier in the day before losing a stroke with a bogey on 18 to force the playoff. The Kent State senior collected himself and went on to defeat Connelly with a par on the first playoff hole. Conners finished at 2-over par for the championship after carding rounds of 72-73-73.

With the win, Conners will move up in the World Amateur Golf Rankings (WAGR) from his current position at 41st. The Jones Cup is a premier amateur event that is highly ranked and features some of the best amateurs in the world.

Team Canada member and Kent State teammate Taylor Pendrith was the next highest Canadian on the leaderboard. The Richmond Hill, Ont. native finished T26 at 10-over par (75-75-76).

Other Canadians in the field: