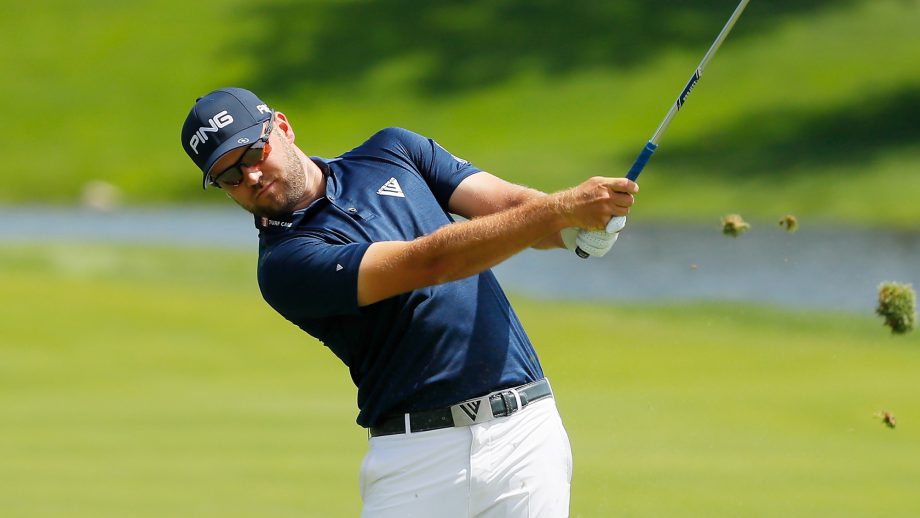 JERSEY CITY, N.J. – The harder he worked, the farther Patrick Reed felt he was falling behind. That’s when the people around him sought drastic measures by making him leave his golf clubs alone for 10 whole days.

Recharged from his pre-summer break, Reed finally found the result he was looking for Sunday in The Northern Trust, and it couldn’t have come at a better time.

He delivered key shots on three straight holes on the back nine at Liberty National – two for birdie, one for par – to overtake Jon Rahm, hold off Abraham Ancer, close with a 2-under 69 and win the FedEx Cup opener.

It was his first victory in 16 months over 41 tournaments worldwide dating to the 2018 Masters.

“The longer that time period is in between wins, it just makes it tougher,” Reed said. “I was pushing too hard and was trying harder and all of a sudden, it was going the wrong direction. My team was smart enough to tell me to back off, shut it down and reset and get clear, because we can finish the year right. We can get a couple Ws, and no better place that starting the first week of the playoffs.”

Points are quadrupled in the PGA Tour post-season, so the victory vaulted Reed from No. 50 to No. 2. His place in the Tour Championship is secure. His odds of the $15 million prize are greatly increased.

It still wasn’t enough for him to get in the top eight qualifiers for the Presidents Cup, to be decided after next week. Reed went to No. 12 and he would have to win the BMW Championship next week to qualify.

Even so, it was the kind of victory to at least get the attention of U.S. captain Tiger Woods.

Reed finished at 16-under 268 and won for the seventh time in his career on the PGA Tour.

Ancer felt like a winner when it was over. He also played bogey-free over the final 12 holes, and his birdie on the 17th gave him hope. But his approach to the 18th came down below a ridge, and his long birdie putt to force a playoff went some 6 feet by the cup. He made that to finish alone in second, his best PGA Tour finish.

That was enough to send him from No. 67 to No. 8, with more perks that he could count.

Ancer is a lock to make it to the Tour Championship in two weeks, meaning he earns his first spot in the Masters. He wrapped up a spot on the International team for the Presidents Cup, making him the first Mexican in the event.

“When I finished, I was a little down because I didn’t get it done and I feel like I played good,” Ancer said. “But then getting all this news that I’m going to the Tour Championship, playing all the majors, going to Masters, all that, I was like, ‘Man, this is not too bad.’ I’m extremely happy, proud of the way I performance. I still obviously want that W, but really proud with all the boxes that I checked off today.”

Rahm wasn’t quite that happy.

He made a 12-foot birdie putt on No. 12 and reached the par-5 13th in two to set up another birdie, giving him a two-shot lead. And then it all fell apart for the Spaniard. He was on the wrong side of the green at the par-3 14th and three-putted for bogey from 50 feet. His tee shot narrowly found a bunker on the 15th, leaving him no shot at reaching the green, and he had to scramble for bogey from the thick grass behind the green.

Rahm never caught up, closed with a 69 and tied for third with Harold Varner III.

Corey Conners of Listowel, Ont., was the top Canadian at 8 under after posting a final round of 2-under 69. Adam Hadwin of Abbotsford, B.C., also shot 69 Sunday and finished at 4 under. Roger Sloan of Merritt. B.C., struggled Sunday with a final round of 74 to finish at 1 under, one stroke ahead of Mackenzie Hughes of Dundas, Ont. (73).

Reed began his move with a pitching wedge that caught the ridge at the back of the 14th green perfectly, sending it down to 8 feet for birdie. He was in thick rough right of the 15th green and looked certain to drop a shot when he holed a 10-foot putt for par. And then he pitched perfectly from 25 yards short of the 16th green to about 4 feet for birdie.

The top 70 in the FedEx Cup advance to the BMW Championship next week at Medinah, so there were other players who took home consolation prizes. One of the strongest bids belonged to Joaquin Niemann of Chile, who was in the middle of the pack and knew it would be close.

He slammed his iron into the turf on the 15th when he hit into a bunker, such was pressure on him. Niemann made a 6-foot par save there, drove the green on the 296-yard 16th hole for birdie, saved another par on the 17th and closed with a 66.

He tied for 30th, enough to move up four spots and get the 70th spot.

Varner might have had the biggest day in that regard. He started the PGA Tour post-season at No. 102, and while he came up two shot of his first PGA Tour victory, his tie for third moved him to No. 29. That not only gets him in the BMW Championship, he has a realistic shot at East Lake.

Reed will be there, a trip that most likely began with that 10-day break in the Hamptons. He had a rental house with a manicured yard 300 yards long and 50 yards wide, ideal for hitting balls, and he didn’t touch a club.

The vacation was two weeks, though. When the 10 days were up, he was at National Golf Links the next morning, drove the first green and made eagle.