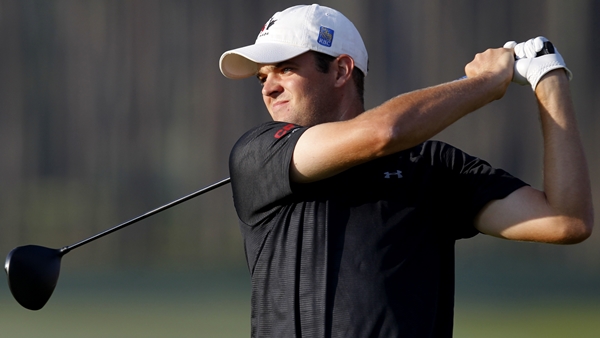 Conners, 23, took down defending champion Tae Koh of New Zealand, coming back from an early deficit to grind out a 2-up victory on the 18th.

The Listowel, Ont., native is set to square-off against Australia’s Kevin Yuan in tomorrow’s match. The winner will play in the semi-final round, commencing later that afternoon.

Conners, the No. 11 ranked amateur in the world, is coming off an impressive victory last week at the Lake Macquarie Championship—just a two-hour drive from this week’s action at The Australian Golf Club.

On the women’s side, Team Canada’s Jaclyn Lee fell in the round of 16 by losing in a playoff amidst some drama against Australian native Liz Elmassian.

With a 1-up advantage and a short putt for par on the final hole, Elmassian mistakenly conceded Lee’s third shot from the bunker—giving her a birdie three.

Lee, a Calgary native, had no choice but to play on. In the end, Lee ran into trouble on the par-3 11th, conceding the match to Elmassian. The 17-year-old was the lone remaining member of Team Canada’s Development Squad left in the field.