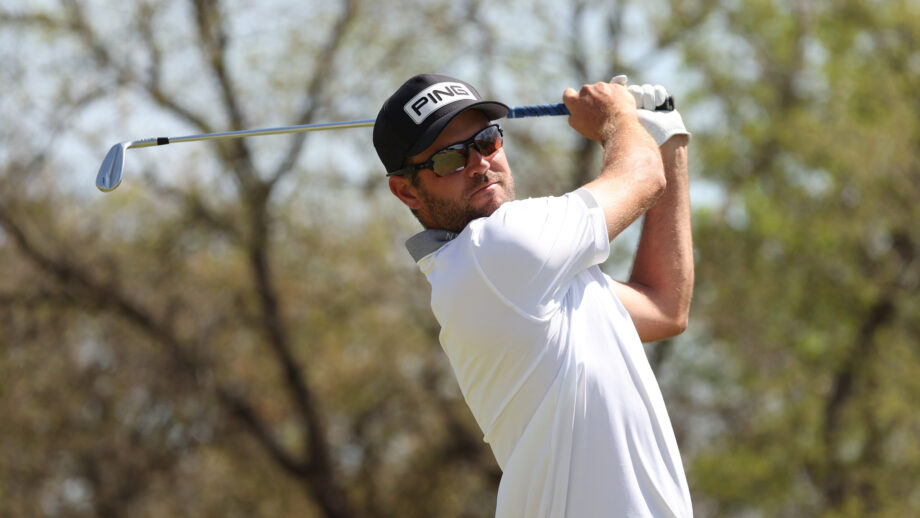 Once again, Corey Conners is rounding into midseason form in March.

Conners shot up nine spots to No. 32 on the world golf rankings, matching his personal best, after beating former world No. 1 Dustin Johnson on Sunday to take third at the World Golf Championship-Dell Technologies Match Play event. His ascension up the world rankings comes as he returns to the Valero Texas Open, which he won in 2019 for his only victory on the PGA Tour.

“I feel like my game has been trending upwards for a while. I had a little inconsistency maybe to begin this year but I’ve had some solid finishes and I feel like I’m striking it well,” said Conners before play began at TPC San Antonio. “Last week, my ball striking was great and I was able to get the putter going a little bit as well, made some important putts when I needed to.”

The Texas Open was cancelled in 2020 due to the COVID-19 pandemic, so Conners was the reigning champion last year and therefore the focus of all the on-site advertising, including being featured on the key cards of the players’ hotel. American Jordan Spieth won it in 2021, taking some of the spotlight off Conners heading into this edition of the Texas Open.

“This is definitely a special place to come to even though I’m not on the room keys of the hotel this year,” said Conners with a laugh. “Jordan took over that as the defending champion, but it’s it’s a cool place, a special place to me.”

The native of Listowel, Ont., has had two top-10 finishes this season, starting with a tie for fifth at the QBE Shootout (not an official PGA Tour event) on Dec. 12 and then his third-place finish at the WGC. He also has two 11th-place finishes, first at the Sony Open in Hawaii on Jan. 16 and then at the Arnold Palmer Invitational on March 6.

He said hard work has been critical to his recent success.

“I’ve been trying to mess around with a few technical changes in my short game and putting, but definitely been working really hard,” said Conners. “That’s been a big focus in my practice, particularly when I’m home, just trying to use my feel and creativity and have a lot more trust that I can get the shots”

Conners is one of six Canadians in the field at TPC San Antonio this week. He’s joined by Adam Hadwin and Nick Taylor, both from Abbotsford, B.C., Roger Sloan of Merritt, B.C., Adam Svensson of Surrey, B.C., and Michael Gligic of Burlington, Ont., at TPC San Antonio.

The winner of the Texas Open will earn one of the final spots at next week’s Masters. Indeed, the first of Conners’ three appearances at the Masters as a pro was thanks to his win at the Texas Open in 2019. He tied for 46th at Augusta that year but finished in the top 10 in 2020 and 2021, 10th and eighth respectively.

“I feel like I can definitely be one of the top players in the world but I feel like I’ve got room for improvement in my game,” said Conners. “I certainly like where everything is at right now and where things are trending.”