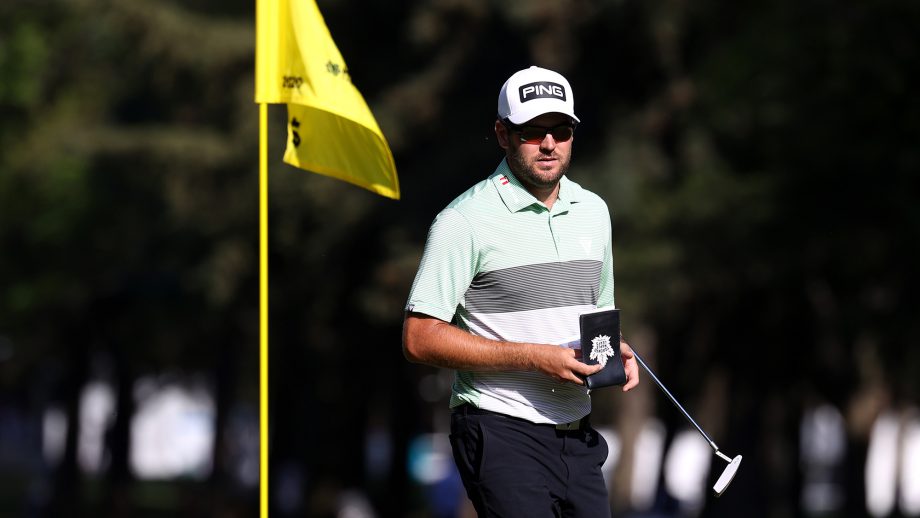 MEXICO CITY – Bryson DeChambeau kept making so many birdies in the Mexico Championship that when he rolled in his ninth one from 45 feet, all he could do was throw his hands in the air in pure wonder.

He wasn’t alone Friday in making birdies, although Rory McIlroy would like to have joined the party.

DeChambeau made seven birdies in an eight-hole stretch at Chapultepec Golf Club for an 8-under 63, giving him a one-shot lead over Erik van Rooyen of South Africa and Patrick Reed at the halfway point of this World Golf Championship. DeChambeau was at 11-under 131.

Van Rooyen, who played college golf at Minnesota, celebrated his 30th birthday by making nine birdies to tie the course record with a 62. Reed made five birdies on the back nine for a 63

Justin Thomas ran off four straight birdies to end the back nine, and then holed a 35-foot eagle putt to build a three-shot lead through 10 holes. That was gone in a matter of four holes as player after player kept rolling in putts on a day with much less wind and far better scoring. The average score 70.28, more than two shots better than Thursday.

McIlroy wasn’t so fortunate. Staked to a two-shot lead at the start of the day, he opened with eight straight pars, didn’t make a birdie until his 12th hole and fell six shots behind at one point. Two birdies at the end gave him a 69, and the world’s No. 1 player was only three shots behind.

“I made eight pars in a row, and then it’s like, `OK, you’re either going to make a birdie or a bogey. What’s going to come first?’ And I ended up making bogey,” McIlroy said. “There’s a long way to go.”

DeChambeau can use all the science he wants with calculations for altitude and air density. The difference for him on this day wasn’t that difficult to figure out.

“I just made a lot of putts today,” he said.

His big run began on the 18th hole with a 15-foot birdie putt. He got up-and-down from short of the green on the reachable par-4 first hole, made a 15-footer on the net hole, added a few birdies inside 6 feet, and then made a 25-foot birdie. That apparently wasn’t enough.

His tee shot on the 223-yard seventh hole with a green fronted by water wenttoward the back of the putting surface, leaving DeChambeau a downhill putt that is tough to lag. His putt was perfect pace, and a perfect line, as it turned out.

“I just threw my hands up in the air. I mean, come on. Who thinks I’m going to make this one?” DeChambeau said. “Matt (Fitzpatrick) just looked at me and he was like, `What are you doing? Go get a lottery ticket or something.”’

Reed seems to play his best with a chip on his shoulder, and his 63 comes after a week in which Brooks Koepka and ex-CBS broadcaster Peter Kostis brought up his rules violation in the Bahamas, stirring more bad memories.

“I’m not going to lie, just the whole thing on the outside distracts us from our ultimate goal, and that’s to go out and play great golf and continue to try to improve every day on and off the golf course,” Reed said. “As long as you’re doing that, then you’re living the right way. So at the end of the day, you can’t please everybody, and I feel like I’m doing everything I need to be doing to continue to strive in the game of golf, hopefully on and off the golf course.”

Most intriguing of the lot is van Rooyen, who finished the year among the top 50 to earn his first trip to the Masters.

Now it’s about building a schedule on the road to Augusta. He has a sponsor exemption to the Honda Classic – van Rooyen moved to the area last summer – and needs to be in the top 50 each of the next two weeks to get into the Arnold Palmer Invitational and The Players Championship. He currently is at No. 52.

Defending champion Dustin Johnson continued to struggle. A two-time winner in Mexico, Johnson has made only three birdies in two days. He shot 71 on Friday and was 16 shots behind.

Canadian Corey Conners was in 10th place, seven shots off the lead, after shooting a 70.