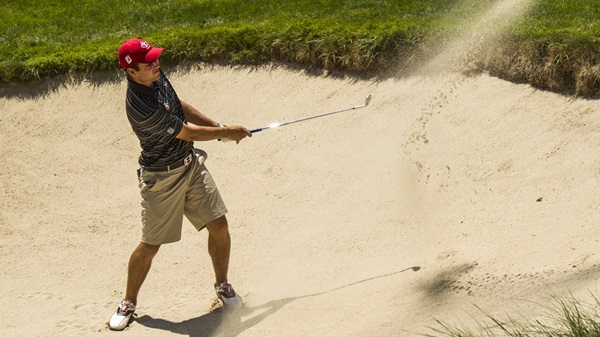 Corey Conners, 21, of Listowel, Ont., carded the low round of the day at Gorge Vale Golf Club at the Canadian Men’s Amateur Championship.

Conners, a member of Team Canada’s National Squad, rolled in seven birdies during his opening round 6-under 66 and heads into the second round with a three-stroke lead over a strong contingent of Canadian and international players.

“I was very comfortable out there, it was one of my better ball striking days of all-time,” Conners said following his round. “I hit every shot how I wanted to and my misses were barely off target and still in good spots, so I’m really happy with the score.”

Currently ranked No. 43 in the world, the Kent State University standout wasn’t surprised at his strong play on Tuesday. Having narrowly missed the cut recently at the RBC Canadian Open at Glen Abbey Golf Club, Conners stated he came to Victoria with plenty of confidence.

“I missed the cut by two shots, but it gave me a lot of confidence knowing that even though I didn’t quite have it [last week], if I would have played well it showed me that I could hang with the top professionals on the PGA TOUR.”

In Willingdon Cup Inter-Provincial Team Championship play, Team British Columbia, comprised of Charlie Hughes of Langley, B.C., Kevin Carrigan of Victoria and Team Canada Development Squad Member, Adam Svensson, of Surrey, B.C., currently sit one stroke ahead of Team Ontario and Team Manitoba at 1-over 145 for the championship. Team Alberta and Team Quebec currently sit only two strokes out of first heading into the final round of Inter-Provincial play tomorrow.

At the conclusion of play on Wednesday, the field will be cut to the low 70 players and ties and Golf Canada will also crown the 2013 Canadian Men’s Amateur Inter-Provincial Team champion.

The winner of Canada’s oldest national golf championship will earn exemptions into both the 2014 RBC Canadian Open at Royal Montreal Golf Club as well as the 2013 U.S. Amateur Championship at The Country Club at Brookline in Brookeline, Mass. Additionally, the winner is eligible to receive exemptions into the U.S. Amateur Public Links, U.S. Junior Amateur, U.S. Mid-Amateur & USGA Senior Amateur Championship, if applicable.