Cornelson trails by one heading into Sunday finale in Ottawa 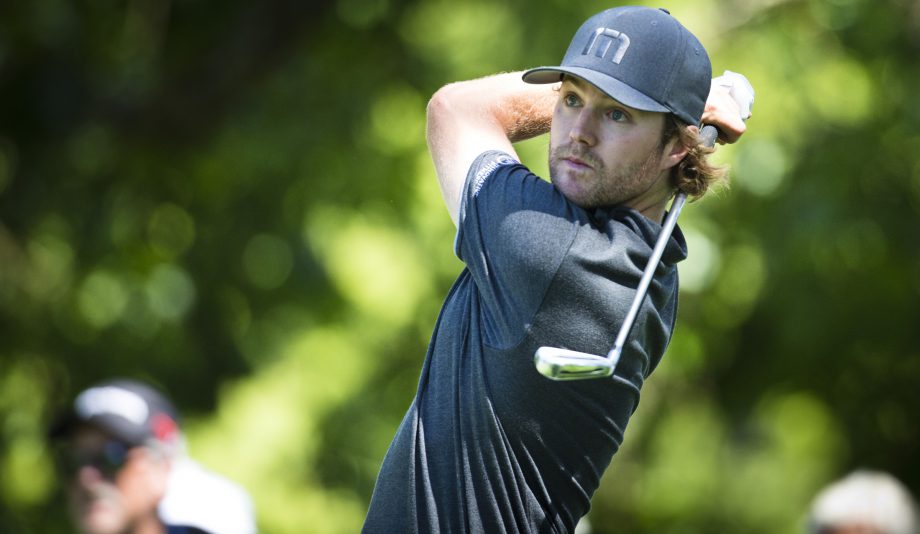 OTTAWA – Tucson, Arizona’s Jonathan Khan shot a 9-under 62 on Saturday at Hylands Golf Club to share the 54-hole lead with Bakersfield, California’s Manav Shah at the National Capital Open to Support Our Troops, the ninth event on the 2016 Mackenzie Tour – PGA TOUR Canada season.

Khan, a 27-year old University of Arizona grad, reached 15-under through three rounds thanks to nine birdies and no bogeys, while Shah bogeyed two of his final three holes to drop into a tie for the lead after setting the mark for the best 36-hole start in Mackenzie Tour history with rounds of 65-62.

“I hit a lot of good shots and drove it great,” said Khan, who ranks 86th on the Order of Merit coming into the week. “I hit some close ones early, and that got the confidence going and made some putts. I played well the first two rounds but didn’t quite get much out of them.

Khan added that Shah’s sizzling 62 yesterday gave him added motivation, knowing that the chance to go low was out there even on a breezy day at Hylands.

“Seeing a 62 was possible definitely helped though, and I made some putts today and just kept it going,” Khan added.

For Shah, Saturday’s 71 was a step backward after his blazing second round, with bogeys on two of the final three holes, including a missed eight-footer for par at the last.

“It was a bit more windy out there today. I wasn’t hitting it that great so it was kind of a grind,” said Shah, who nonetheless said he took a lot out the experience of being chased on the leaderboard. “It felt great actually. I think it helps me play better when I have a bunch of people following me, it helps me get more locked in.”

One shot behind Shah and Khan were Spain’s Samuel Del Val, who shot a 7-under 64, and Langley, British Columbia’s Adam Cornelson, who produced a 1-under 71 despite admitting to being without his best stuff on Saturday.

“I’ll take this position going into tomorrow. I’m a little disappointed in how I played today but to have a chance to play for the win tomorrow is all I can ask,” said Cornelson, adding that he would have taken a chance to win in a heartbeat at the start of the week. I would have signed wherever you wanted me to.”

Cornelson currently sits fifth on the Order of Merit and can move into second place with a win, provided Taylor Moore finishes no better than a three-way tie for third.

Two shots off the lead was Ponte Vedra Beach, Florida’s Tyler McCumber, who shot a 5-under 66 to sit two of the lead.