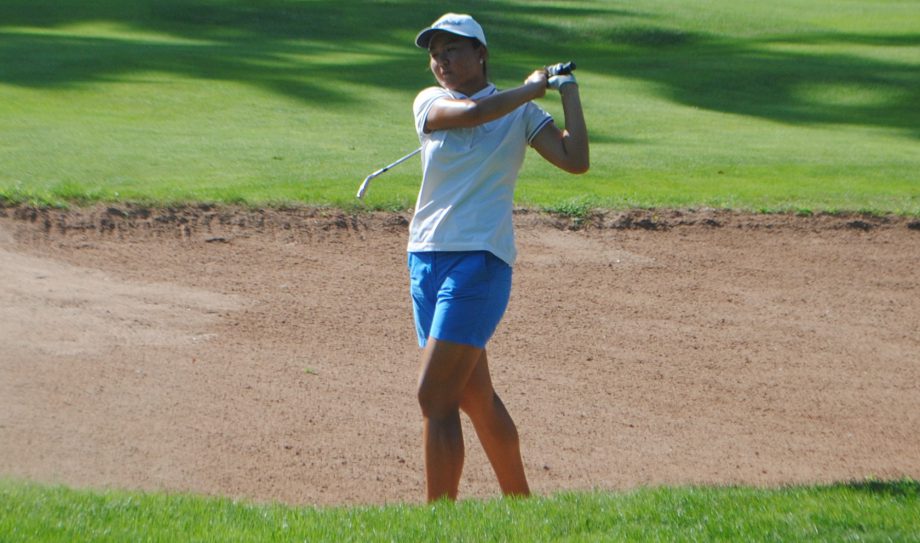 NEW MINAS, N.S. – Sun broke through the morning fog at Ken-Wo Golf Club before humid conditions bore down on day two of the 2016 Canadian Women’s Amateur Championship. Allisen Corpuz carded a 5-under second round to maintain her hold on first through 36 holes of play.

Corpuz continued her unwavering pace through the second day of competition. She began the day on the back nine and shot 29 with six birdies through her first nine holes to extend a four-stroke lead over the field of 117. The product of Honolulu, Hawaii sunk three consecutive birdies on holes 11 through 13, before adding one on the Par-3 15th and a pair back-to-back on holes 17 and 18.

“I definitely had a solid round. I didn’t quite end the way I wanted to, but I was putting well and hitting all the shots that I wanted to,” said Corpuz.” I haven’t really been playing that great this summer, so it definitely feels good to come out here and put together two solid rounds.”

Despite a double bogey on her final hole, the 18-year-old finished with a 65 to set Ken-Wo’s new women’s competitive course record. A 7-under 133 after two rounds of play gives Corpuz a three-stroke lead heading into moving day.

A six-birdie day saw Team Canada National Amateur Squad member Josée Doyon finish with a 66. The St-Georges, Que., native bounced back from a bogey on her first hole to notch three birdies through the front nine for a 3-under 33.

Hye-jin Choi of Paju-si, Korea and Perth, Australia’s Hannah Green matched 68s for shares of third at 3-under. Choi is the No. 14-ranked amateur in the world and the reigning World Junior Girls champion.

Californians Lilia Kha-Tu Vu (Fountain Valley) and Andrea Lee (Hermosa Beach) are tied for fifth at 2-under, while Victoria’s Naomi Ko has climbed into a share of 7th following her even-par round. The National Team member is two strokes ahead of teammate Maddie Szeryk from London, Ont., and Monet Chun of Richmond Hill, Ont.

Team Québec held on to emerge as champions in the inter-provincial team competition, claiming the province’s first title since 2003. Doyon’s 66 paced the team to the victory with a 2-over 282 final score. Valérie Tanguay of St-Hyacinthe, Que., carded a 75 to move to 8-over, while Katherine Gravel-Coursol of Mirabel, Que., is 9-over following a second-round 78.

70 players have advanced to the final two rounds of the national championship. The first groups will tee off tomorrow at 7:30 a.m. ADT from holes 1 and 10.