A costly two-stroke penalty for Rory in Abu Dhabi 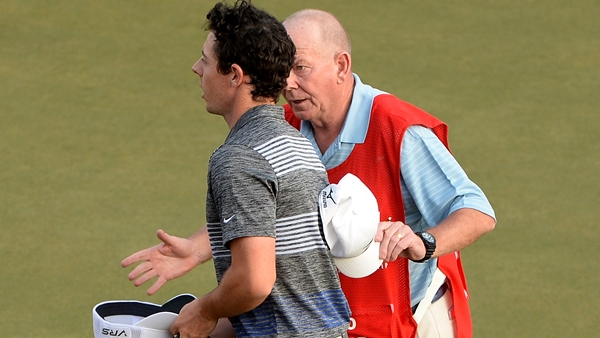 For the fourth straight year, a rules violation managed to take centre stage at the Abu Dhabi HSBC Golf Championship.

On Saturday, during this year’s third round, Rory decided to take relief from a gallery crosswalk on the second hole, which proved to be costly for the former world No. 1.

On most professional tours, the Standard Local Rules defines “areas completely encircled with white lines, including areas marked as gallery crosswalks” as ground under repair.  Rory could have played the ball as it lie, or taken free relief under Rule 25-1.

It wasn’t until the 18th hole on Saturday, when his fellow-competitor’s caddie mentioned to Rory that he might want to discuss his relief procedure on the 2nd hole with a rules official.  Rory mentioned the details to officials in the scoring tent to ensure he proceeded correctly to avoid signing for an incorrect scorecard, which would have resulted in disqualification. Unfortunately, they did not have video evidence of the situation so Rory and head official, John Paramor, had to go back to the second hole to determine if Rory proceeded correctly.

“(McIlroy) found what he thought to be his nearest point of relief where the ball was outside and when he dropped the ball within a club’s length, when he actually stood to the ball, his left foot was standing on or just over the line demarking the area of ground under repair,” explained Paramor in a statement. “Therefore he has not taken full relief and he is in breach of Rule 25-1, the penalty for which is two strokes.”

Decision 20-2c/0.5 contemplates the exact scenario that Rory was faced with after dropping a ball from the ground under repair:

Q. A player’s ball lies in ground under repair through the green. The player elects to take relief    and drops the ball in accordance with Rule 25-1b(i). The ball remains outside the ground under repair area but it rolls to a position where the player would have to stand in the area to play his stroke. Must the player re-drop the ball?

A. Yes. The ball has rolled and come to rest “in a position where there is interference by the condition from which relief was taken” – see Rule 20-2c(v). The same applies if a player is taking relief from an immovable obstruction.

On twitter, Rory was making light of a bad situation.  During his post round interview, he wasn’t as impressed with the rules violation.