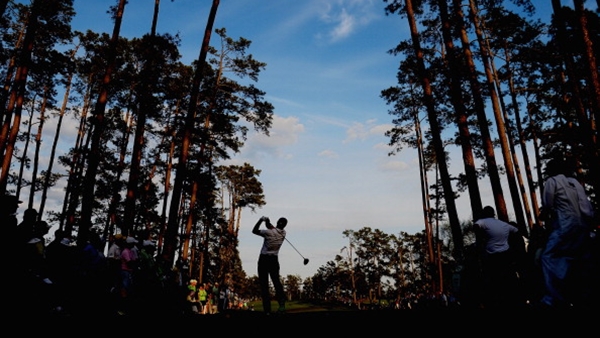 AUGUSTA, Ga. – Fred Couples won’t have to worry about squeezing in a few extra practice rounds for the upcoming Greater Gwinnett Championship on the Champions Tour. He’ll be honing his game this weekend at a much tougher venue.

The smooth-swinging former Masters champion fired his second straight 71 Friday to lead a charge of 50-somethings – OK, it’s only a half-dozen guys, but still – into the final two rounds at Augusta National. Once the Masters is complete, the 54-year-old Couples will drive two hours west to suburban Atlanta for the event against guys in his age group.

“I’m not here just to play golf and think that I can’t compete on this course,” he said. “I can’t compete with these guys over a year, but on one week I can compete and I have to do it tomorrow.”

Couples was at 2 under, five shots behind midway leader Bubba Watson, but four ahead of his nearest AARP competitor. Bernhard Langer, Larry Mize, and Vijay Singh – all former Masters winners as well – were at 2 over; followed by Miguel Angel Jimenez at 3 over and Sandy Lyle at 4 over.

Saturday looms large for Couples, who’s made the cut the last four years but hasn’t been in contention since a sixth-place finish in 2010. He shot 75 and 77 on Saturday the last two years.

“My approach will be to average anything lower than that (76) to bring my average down,” he laughed.

“It’s a really, really hard course. And when you panic and then try and do a couple of things because, `Oh, God, I was tied for the lead or in second, now I’m in 12th place’ you try and hit a shot and it doesn’t work out. And you go to 18th place.”

Mize hadn’t made a cut in four years and didn’t expect to play well this week.

“I didn’t,” he said. “And it may have been a blessing in disguise. I kind of got relaxed. I said, `You know, just play and have a good time.'”

Counting amateur Michael McCoy, a dozen golfers 50 and over entered the tournament and half are still around. The 20-somethings here should have it that good. In all, 29 players in that group, including five amateurs, made the field and only 13 will stick around for the weekend.

Couple has grander plans than just hanging around.

“When you start thinking about that you kind of go crazy,” Couples added a moment later. “But would I want to put on another jacket here? Yeah. But I’ve got 36 holes. I need to play better than I did the last two days. I’ve got my work cut out for me.”