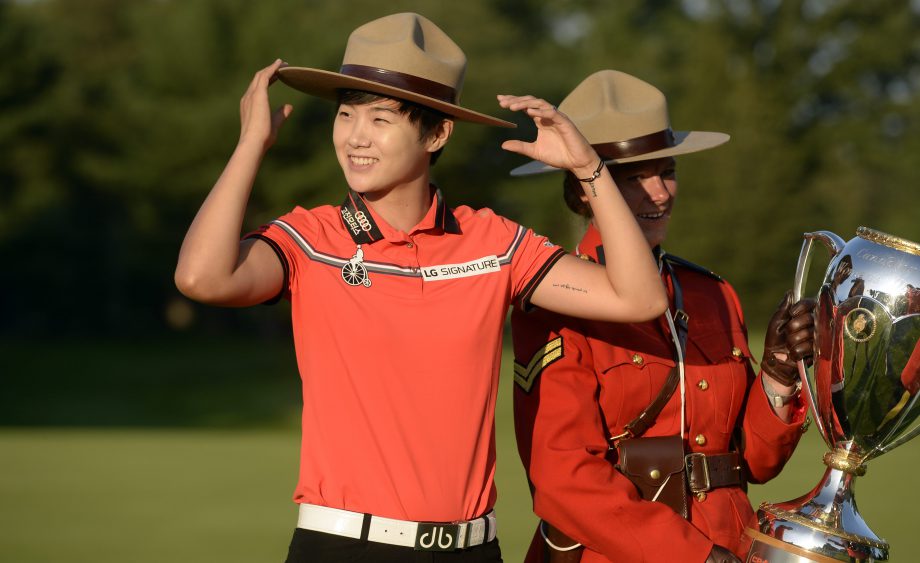 DAYTONA BEACH, Fla. – Sung Hyun Park of South Korea has become the first LPGA Tour rookie to reach No. 1 in the world.

Park replaced So Yeon Ryu atop the women’s world ranking Monday without playing last week. Ryu lost the No. 1 ranking after 19 weeks when she failed to finish in a tie for sixth at the Toto Japan Classic.

Brooke Henderson of Smiths Falls, Ont., was the top Canadian on this week’s rankings list at No. 13.

Park is playing in China before next week’s season-ending CME Group Tour Championship in Naples, Florida.