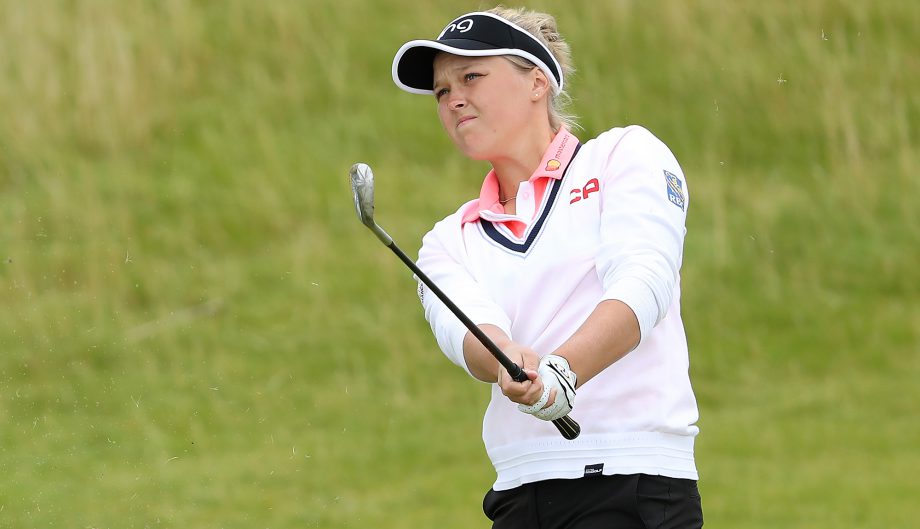 The last time the CP Women’s Open was played at the Ottawa Hunt and Golf Club, about 15 minutes from Parliament Hill in Canada’s capital, Brooke Henderson was a 10-year-old with big dreams, participating in a clinic with Morgan Pressel – her golf idol – who gave her a glove, a memento Henderson still has to this day.

Fast forward nearly a decade and the 19-year-old Henderson is one of the LPGA Tour’s best golfers. She’s been ranked as high as second in the world (she’s currently eighth), and has won four times on Tour (including a major), double the amount of LPGA wins her childhood idol Pressel has.

Henderson, and Canadian golf hall of famer Lorie Kane, serve as ambassadors for Canadian Pacific (CP) – the title sponsor of the event. In addition to supporting professional golf in Canada, CP uses its sponsorship to leave behind a legacy in the host community through its community investment program, CP Has Heart. This year’s charitable partner is the Children’s Hospital of Eastern Ontario (CHEO). The popularity of Henderson, who hails from Smiths Falls just an hour away from the course, means the goal to raise $1.8 million to upgrade the hospital’s catheterization lab and interventional suite will be helped along by willing donor-fans.

The Aug. 21-27 event is a home game for Henderson and she will be the star of the show. Management at Ottawa Hunt and Golf Club bestowed both her and her sister, Brittany, with honourary memberships in 2016, giving the Henderson sisters an opportunity to play and practice at the course, and, hopefully, give them a home-course advantage when the tournament gets started next week.

The four-time LPGA Tour winner has already captured one title during the 2017 season, and would like nothing more than to add the CP Women’s Open trophy to her ever-growing collection.

In order to do so, Henderson will need to keep her emotions in check with thousands of Canadian golf fans rooting her on and trying to get a glimpse of Ottawa’s favourite daughter and beat an elite field of players that includes all of the world’s best.

The course itself will be a much different one than what the women played in 2008. Ottawa Hunt, which opened in 1908, has undergone a significant redesign by Dr. Michael Hurdzan, one of the designers behind this year’s U.S. Open venue, Erin Hills Golf Club.

From 2011-2013, Dr. Hurdzan and his team returned the storied venue to its roots, transforming the West and South nines – the two nines that will be used for the championship.

In a recent interview, Hurdzan even remarked that the opening hole on the West nine was his “favourite par 5” designed in his long career.

Between Canada 150 celebrations, the spectacular field, the chance to support a deserving charity, the new design of a classic course, and of course, the opportunity to see local hero Brooke Henderson tee it up with the best in the world, this year’s CP Canadian Women’s Open is an event not to be missed.

Tickets can be purchased now by visiting cpwomensopen.com/tickets. Don’t miss out on this tremendous opportunity to see some of the world’s best athletes up close and personal.

To donate to CHEO, visit cheoheart.com.