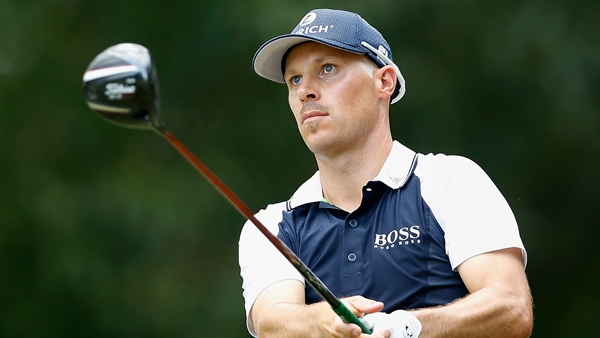 MEMPHIS, Tenn. – Ben Crane has waited so long to contend for another PGA Tour title that being patient through weather delays is no problem at all.

Staying atop the leaderboard into the third round helps.

Crane went more than 28 hours between competitive shots due to weather delays, and he was at 13 under with a four-stroke lead through six holes Saturday when another storm stopped play again at the St. Jude Classic.

“What an opportunity I have,” Crane said. “Certainly at the beginning of the week I never thought I would have been here, so I’ll just try to go home relax, get some food in me and sleep as fast as I can because we got to come back out at 7 a.m. and restart tomorrow.”

Troy Merritt, a group ahead of Crane, was at 9 under, with playing partner Peter Malnati at 8 under. Billy Horschel, Retief Goosen and Camilo Villegas were 7 under on their front nines.

Phil Mickelson, who hasn’t won in 19 straight events dating to the British Open, had pars on each of his first nine holes and was at 5 under. He’s one of many players using the event to tune up for the U.S. Open next week at Pinehurst.

Play stopped at 6:49 p.m. with officials hoping to have the leaders tee off for the final round by 9:10 a.m. Sunday, if they can avoid a fog delay like the one that delayed the start of play for an hour Saturday morning.

A storm Thursday forced 60 players to wrap up the first round Friday, and only 32 finished the second before two delays, the second for a thunderstorm that left water standing in fairways, bunkers and cart paths. The third round finally started at 3 p.m. with threesomes going off both tees. At least fans got to stick around all of Saturday afternoon after being sent home early the past two days.

But this is Crane’s 300th career PGA Tour start, even though his last win was in 2011 at the McGladrey Classic. Crane said he can’t remember playing with a lead this late in a tournament it’s been so long.

He is putting well here this week, and he birdied his first hole to go to 13 under for the tournament as he rolled in a nearly 19-footer on the par-4 first. After hitting his approach into the rough behind the green on No. 2, Crane made a 12-footer to save par.

“Those are kind of critical putts right now, kind of keep the momentum going,” Crane said.

Merritt, who did not make a start on tour in 2012 or 2013 and missed his first six cuts this year, is the closest to Crane.

Mickelson tied for 49th last week in the Memorial following a visit from FBI agents and lingering questions about an insider-trading investigation. He never teed off at all Friday with the horn blowing for the second time with him at the No. 1 tee.

He said he couldn’t hit his irons close enough or his putts in his second round. He started bogey-birdie-bogey-birdie, though he birdied Nos. 14 and 15 to get to 5 under. He rolled in a 16-footer to save par on the par-5 16th and wasn’t happy at missing a birdie opportunity with the pin at the front of the green.

Divots: Local favorite John Daly was among 71 making the cut at even par. Defending champ Harris English missed the cut along with Patrick Reed, Lee Westwood and David Toms, a two-time champ here. … David Duval withdrew after seven holes in his second round. He was at 7 over for the tournament. He was the 10th to withdraw since this event started.