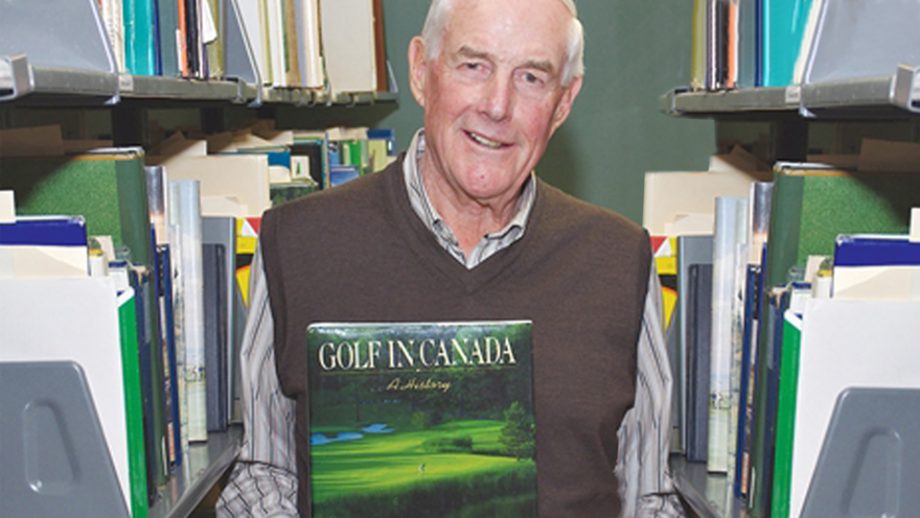 Continuing the CSGA’s tradition of honouring those who have made significant contributions to the game, the Jim Fraser Scholarship will be awarded to students participating in recognized golf programs at university or college in Canada.

A scholarship presented in his honour is a fitting legacy for the former Executive Director of the Canadian Golf Foundation (now the Golf Canada Foundation) and long-time member of the CSGA. Jim is passionate about assisting young Canadian golfers pursuing post-secondary opportunities in Canada and in the United States. The creation of the Canadian University College Championship and Canadian University Golf Support Program are two of the meaningful initiatives launched during his tenure with the Foundation.

“Jim Fraser’s contributions to the game—as a volunteer and administrator as well as a fundraiser and donor—have been outstanding and we are extremely grateful to Jim and the CSGA,” said Golf Canada Foundation CEO Martin Barnard. “It is fitting that the Jim Fraser Scholarship will connect his many contributions with the CSGA and Golf Canada Foundation to aspiring Canadian student athletes pursuing post-secondary opportunities.”

In a 2016 profile for LondonOntarioGolf.com, Fraser reflected – “Golf has been an important part of my life, and it has given back to me so much more than what I have done for the game. I owe so much to golf, as it has provided me with a lifetime of pleasures.”

Fraser, a member at Toronto Golf Club and Beaconsfield Golf Club in Montreal, has held several positions as a volunteer and then an employee of the Royal Canadian Golf Association (now Golf Canada) over a career spanning nearly 40 years. He volunteered with the Association as a governor for a decade prior becoming a full-time staff member in 1993. During his tenure with the National Sport Federation, he served various Director roles with portfolios that included Rules, Handicapping and Amateur Status; Player Development and Junior Golf; Member Programs; Handicap and Course Rating; and Amateur Competitions. Following retirement, he remained active as a volunteer in a rules capacity and later supporting the library archives of the Canadian Golf Hall of Fame.

A native of Montreal, Fraser served as club president of Beaconsfield Golf Club in Point-Claire, Que. in 1976 and 1977. The club was founded in 1902 by Fraser’s great grandfather, Benjamin Tooke.

The CSGA has similarly honoured fellow CSGA member and executive director John Powell for his impact on the game. The CSGA’s executive director Ian Gibson said, “Jim Fraser has made a significant contribution to golf and the CSGA. Jim is a patron of our Association working tirelessly on projects like our recently published Centennial book and directing our charitable donations, and we’re proud to continue the tradition of honouring those who have given back so much to the sport.”

More information about the Jim Fraser Scholarship as well as the Golf Canada Foundation is available here.