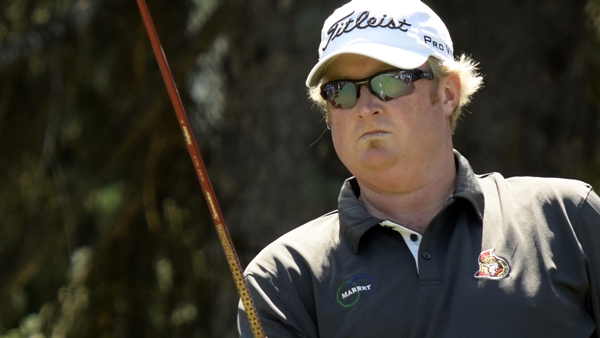 ANTALYA, Tur. — John Daly won his first tournament in 10 years this past weekend, capturing the Beko Classic title with a total score of -15 for the week as well as the $8000 USD prize.

The long-bombing American shot an even par 72 in his final round to defeat two-time Beko Classic champion Robert Coles by one stroke at Gloria Hotels & Resorts’ New Course.

Daly, who has donated the earnings from the event to various local charities, explained that the victory will help fuel his confidence heading into next season.

“It feels great to win. As professionals we try to build on confidence so any time you win anything it boosts it,” said Daly. “It’s pretty much my last tournament of the year so I can hopefully go into 2015 with some extra confidence.”

Daly’s last win came at the Buick Invitational in 2004, a season that California native capped with a PGA Tour Comeback Player of the Year award.  The victory earned him a two-year exemption on the circuit, which he has not been able to regain since 2006.

Since then, the 1995 Open Champion has made more headlines in the tabloids than in sports sections, relying on sponsorship exemptions to play PGA Tour events.

It appears that Daly’s game and confidence may have turned the corner over the last few years, though.  Since 2012, Daly has made 20 cuts on the PGA Tour in 43 events, including one top 10 and four top 25s.

The 48-year-old’s transformation could, in part, be attributed to stability in his personal life off of the golf course.

Just this week, Daly announced his engagement to long-time girlfriend and current caddie, Anna Cladakis.  This will be the fifth time that the 1991 PGA Championship winner has tied the knot.