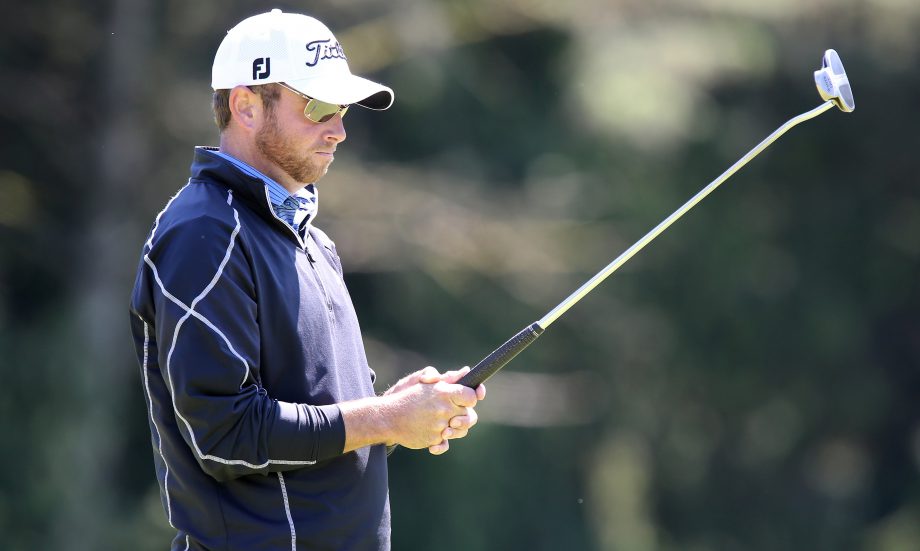 BADDECK, N.S. – Syracuse, New York’s Dan McCarthy made a move towards solidifying his Order of Merit lead on Friday, shooting a 3-under 69 at Bell Bay Golf Club to share the 36-hole lead at the Cape Breton Open with Southlake, Texas’ Brian Dwyer.

The 31-year old McCarthy, who leads the season-long money list by more than $36,000, is coming off back-to-back missed cuts in his two most recent starts, but said Friday he’s returned to the comfortable state that saw him re-write the Mackenzie Tour record book earlier this year with three wins in his first five starts of the season.

“I’m not going to watch what anyone else does. I can only control what I’m doing and how I play the course. That’s what I did very well early in the year, and I’ve had some time the last couple of weeks to figure that out,” said McCarthy.

Dwyer, meanwhile, recorded seven birdies in Friday’s breezy and often rainy conditions, including a 25-footer on the 18th hole to finish the day tied at the top with McCarthy. The blazing start comes on the heels of four straight missed cuts, a slump the 26-year old said he felt was behind him coming into this week.

“I’m just a little bit more comfortable with my swing. I worked with my coach (John Sinclair) on Monday before I flew out on Tuesday, and so far that’s paid off,” said Dwyer. “My short game around the greens and my putting have made it pretty easy on me when I’ve hit bad shots, which you’re going to do in this wind.”

With Wise and Moore – both currently in The Five and trying to chase down McCarthy for the top spot on the Order of Merit – just a shot back, McCarthy said he’d continue to put the pressure on his pursuers by sticking to the formula that’s earned him more than $100,000 in earnings and three wins this season.

Team Canada alumnus Austin Connelly shot a 70 and leads the Canadian contingent at 9-under.