Dan McCarthy cruises to victory at the GolfBC Championship 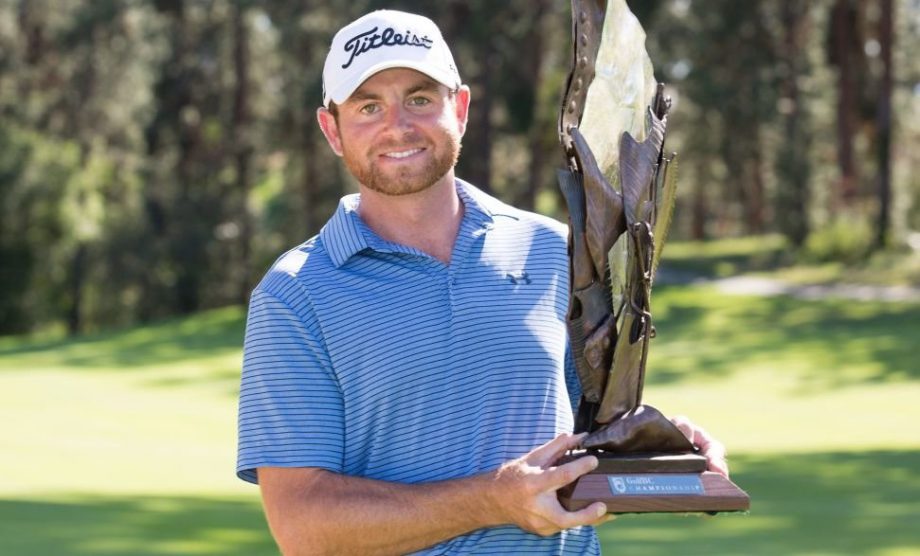 The 30-year old managed a final round 7-under 64, including a hole out from 102 yards on the par-5 12th, to win by seven over Vancouver, B.C.’s Ryan Williams. McCarthy shot 25-under 259 for the week, setting the new PGA TOUR-era scoring record on the Mackenzie Tour for 72 holes.

With the win, McCarthy strengthens his lead atop the Order of Merit to $30,053 over Adam Cornelson, putting him in position to earn exempt status on the Web.com Tour for 2017.

“It hasn’t even fully hit me yet, but I’m sure it will on the way home when I have some time to decompress.” said McCarthy, who also claimed victory two weeks ago at the Freedom 55 Financial Open. “It feels so good. I’ve worked really hard for a really long time, so this is a really nice culmination of it all.”

Starting the day two strokes ahead of Williams thanks to a hole-out eagle from 103 yards on the 18th hole Saturday, McCarthy built a four stroke lead after 10 holes, then holed out for eagle again on the 12th to remove any doubt of who the week’s winner would be.

“I think I’ll be laying up to 102 or 103 a few more times this year. That was really fortunate to have two hole outs on the weekend,” said McCarthy.

The victory marks the first time a player has captured two victories in the first three starts of the season since Joel Dahmen won the Freedom 55 Financial Open and Syncrude Boreal Open presented by AECON in 2014. McCarthy said he plans to keep trying to make as many birdies as possible as he chases a promotion to the Web.com Tour in 2017.

“It sets me well ahead of everyone else, and now they’re chasing. I’m not going to let up and I’m going to keep my foot on the pedal. These guys are really, really good up here, and I’m sure many of the guys will give me a run for my money,” said McCarthy.

One shot behind Williams in solo third was Laurens, South Carolina’s Caleb Sturgeon, while Temecula, California’s John Chin was two shots further behind in solo fourth.