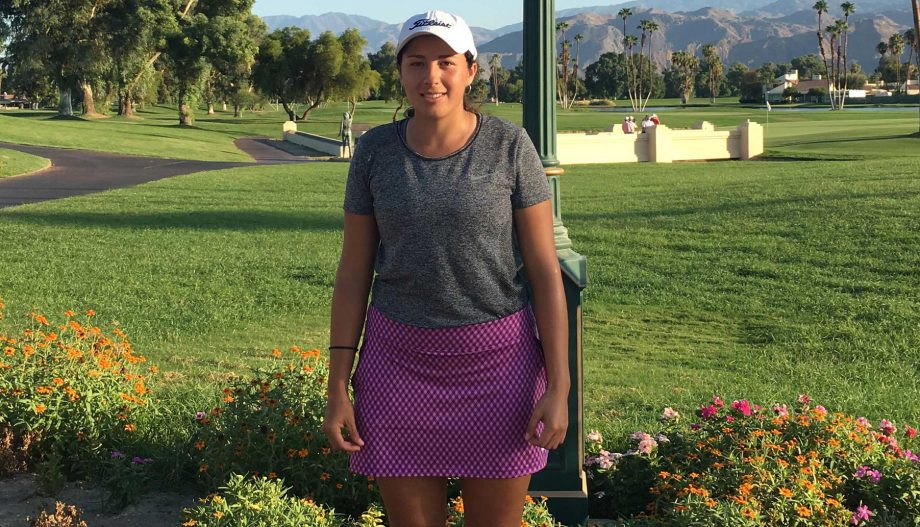 RANCHO MIRAGE, Calif. – Daniela Darquea (Quito, Ecuador) carded a 2-under, 70 on Sunday to earn medalist honors at Stage I of LPGA Qualifying Tournament with a four-day total of 10-under, 278. She was the only player, in a field that started at 347, to post four straight under-par rounds. Princess Superal (Dasmarinas City, Philippines), the 2014 U.S. Junior Girls’ Amateur champion and Sarah Schmelzel (Phoenix, Ariz.), a Golfweek Honorable Mention All-American at South Carolina, finished in a tie for second at 9-under, 279. The youngest player in the field, 17-year-old Nasa Hataoka (Japan) finished fourth at 8-under, 280.

Darquea, a senior at the University of Miami, tallied three birdies against just one bogey in the final-round. She made just five bogeys over the four rounds.

“I was really focused on getting to the second stage and I had a really good week here,” said Darquea. “I always thought my game was on point and it is probably the best golf I’ve played in my life.”

Darquea, a Golfweek Third Team All-American in 2016, intends to try and reach the LPGA Tour for the start of the 2017 season. She would forego the second half of her senior season if she makes it through Stage II and III and decides to turn professional.

“I had a really good year at Miami and this summer I went home to Ecuador and I started practicing a lot,” said Darquea. “I had surgery in January (to clear wrist inflammation) and I am just getting more and more comfortable.”

Darquea will now gear up for Stage II.

“I feel I am one step closer to my dream,” said Darquea. “I think I now need to focus on Stage II because that is a very important step.”

There are currently no players from Ecuador on the LPGA Tour.

Three Canadians have made the cut at 294 to advance to stage II of Qualifying School. Anna Kim of Toronto posted a final-round 74 to finish the tournament with a share of ninth at 4-under 284. Taylor Kim is T58 following a 4-over 292 performance, two-strokes ahead of fellow Surrey, B.C., native Aram Choi who ended the weekend tied for 78th.