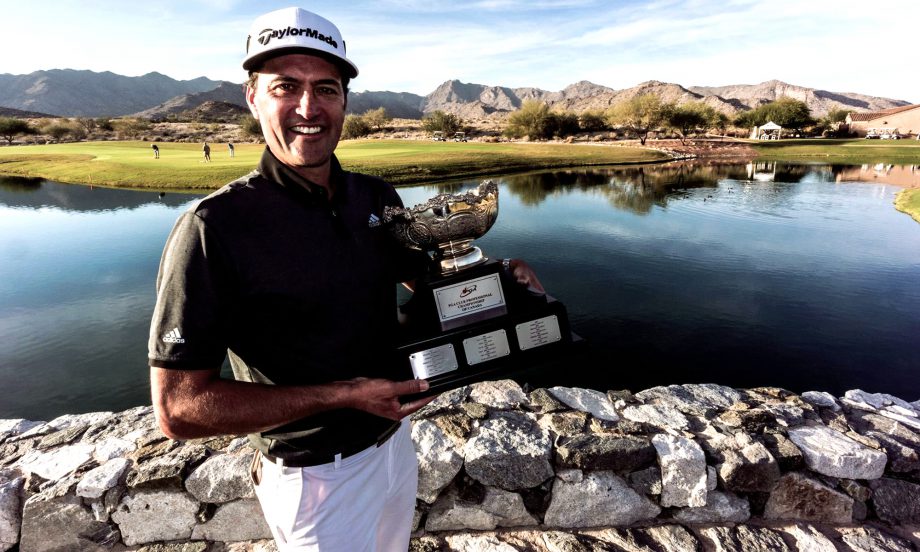 The head teaching professional at The Performance Academy at Magna also becomes just the third player to have won three or more PGA Club Professional Championships.

“I’ve been preparing for this moment for the past 12 months,” King admitted after his final round at Verrado Golf Club. “It was a vision of mine to really improve my ranking points and win this championship for the third time was really important to me.”

King’s three-day total of 11-under-par 205 (70-68-67) was two shots better than James Skrypec of The Academy at Deer Ridge. Craig Hocknull and 2014 PGA Championship of Canada winner Dave Levesque finished T3 at 7 under.

“I’ve been working with Bob Panasik for the past little while on my breathing, on my routine and getting into a whole new rhythm,” King said. “It’s really freed me and help me commit to everything from putting to full swings.”

On the final day, King’s commitment translated into seven birdies and two bogeys. His final round 5-under-par 67 tied low round of the day with Skyrpec and Dan Greenwood of Lookout Point G&CC.

Redwood Meadows’ Kevin Black, who lead after Monday’s first round, finished alone in fifth at 4 under, while Ron Kenesky finished sixth at 2 under.

Currently ranked No. 4, King has aspirations of rising to the top of the PGA of Canada Player Rankings pile and cutting his teeth at next year’s RBC Canadian Open.

“To become No. 1 is a real goal of mine,” King said. “I want to play well at Victoria next June, get that top ranking and earn that exemption into the RBC Canadian Open at Glen Abbey.”

King, who turns 48 on Nov. 19th admitted he has another future goal.

“The five year plan is to give it a whack and try and play out on the Champions Tour,” King said. “I’ve been working really hard towards that goal and it’s starting to pay off, so I’ll continue to work at it and once I turn 50 I’ll be flying.”

The Inter-Zone Team Championship, which is comprised of four players per zone (and three scores per team counting), was handed out Tuesday. Team Ontario—Ian Doig, Ron Kenesky, Matt Peavoy and King—captured the title.