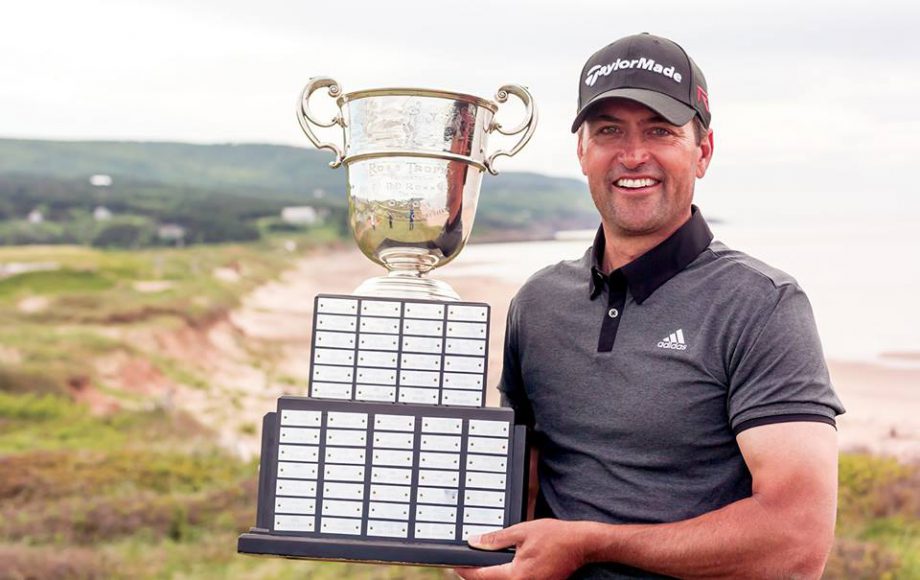 The 47-year-old from the Performance Academy at Magna bested Oliver Tubb of Seymour Creek Golf Centre 1-up in the championship’s final match at the No. 2-ranked golf course in Canada.

“To have my name etched on this trophy among the legends of golf is really surreal,” King said. “Guys like George Knudson who mentored me when I was growing up and Bob Panasik, a man I absolutely admire, have won the PGA Championship and now I can say I have too.”

King, who said Cabot Links is without a doubt his favourite golf course in Canada, jumped out to an early 3-up lead thru the first three holes Thursday afternoon. The two-time PGA Club Professional Championship of Canada winner slightly stumbled with bogeys on Nos. 8 and 15, allowing Tubb a breath of life on the 18th green. However, King was able to convert a four-foot par putt for the win.

“I really felt I was in control when I was up three thru the first three holes,” King said. “But I had to stay patient out there on the back nine, so I really focused on my breathing and felt I stayed in the moment.”

King also admitted his caddie and close pal Mike Belbin played a big part in his success this week at Cabot Links.

“Mike is a great friend with an unbelievable head on his shoulders,” he said. “It was just a great time out there for the past couple days.”

With the championship win, King not only takes home the P.D. Ross Trophy and a $15,000 winner’s cheque, he also earns 60-ranking point and moves inside the top five on the PGA of Canada Player Rankings.

By virtue of his T9 finish and the 15-rankings points, Billy Walsh of the Fairtree Golf Centre earns an exemption into next month’s RBC Canadian Open at Glen Abbey Golf Club as the No. 1-ranked player from the PGA of Canada Player Rankings presented by RBC.

The next PGA national championship takes place July 20-22 at Burlington Golf & Country Club for the PGA Women’s Championship of Canada.