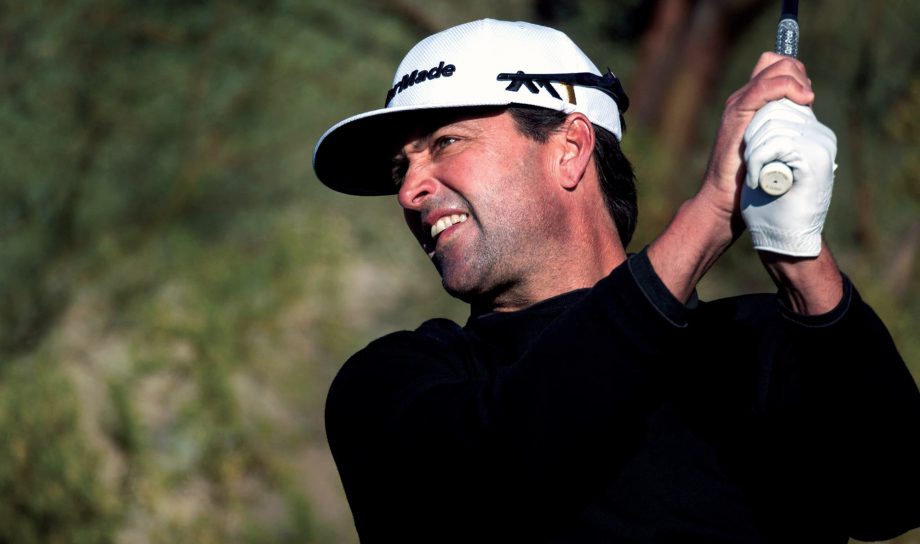 Buckeye, Ariz. — Danny King is on the verge of capturing his third PGA of Canada national championship of 2015.

The soon-to-be 48-year-old from the Performance Academy at Magna leads the Titleist & FootJoy PGA Club Professional Championship of Canada by a shot heading into the final round Wednesday.

Winner of this year’s PGA Championship of Canada and PGA Team Championship (with partner Billy Walsh), King said he played well Tuesday, even after a sluggish start to his round.

“I played really well today and even though I started out with a bogey on the first and another on the fourth I was able to settle down and turn pretty good,” King said about his 2-under-par 34 front nine. “The five or six holes are really tricky with distance control,” he said, adding, “I’ll work on some distance control stuff with my short irons and wedges and be better come tomorrow.”

Should King be able to hold on for the win, he’d become just the third player to win three or more PGA Club Professional Championship of Canada titles. Furthermore, he’d become the first player in the history of the association to have won three national championships in the same calendar year.

Waiting on the doorstep, however, sits Black who at 35-years-old is looking for his first PGA of Canada national championship. He’ll tee it along with King and Craig Hocknull (who is at 4 under) in Thursday’s final group.

“It’s not so much nerves as it is excitement and the feeling of wanting to play well,” Black said about what he’ll be feeling on the first tee Thursday. “I’m really looking forward to the opportunity,” he said, adding, “I’ve been in this type of situation a few times so I know how to deal with the feelings, staying positive and having a level head.”

Along with Hocknull sits James Skyrpec at 4 under, T3 for the championship. At 3 under and three shots off the lead lurk 2014 PGA Championship of Canada winner Dave Levesque and Victoria Golf Club’s Lindsay Bernakevitch.

Ron Kenesky is at 2 under, alone in seventh with fellow Ontario competitor Gordon Burns at even par, eighth.  Darryl James and Bill Kelly round out the top 10 at 1-over-par 145.

The Inter-Zone Team Championship, which is comprised of four players per zone (and three scores per team counting), was handed out Tuesday. Team Ontario—Ian Doig, Ron Kenesky, Matt Peavoy and King—captured the title.