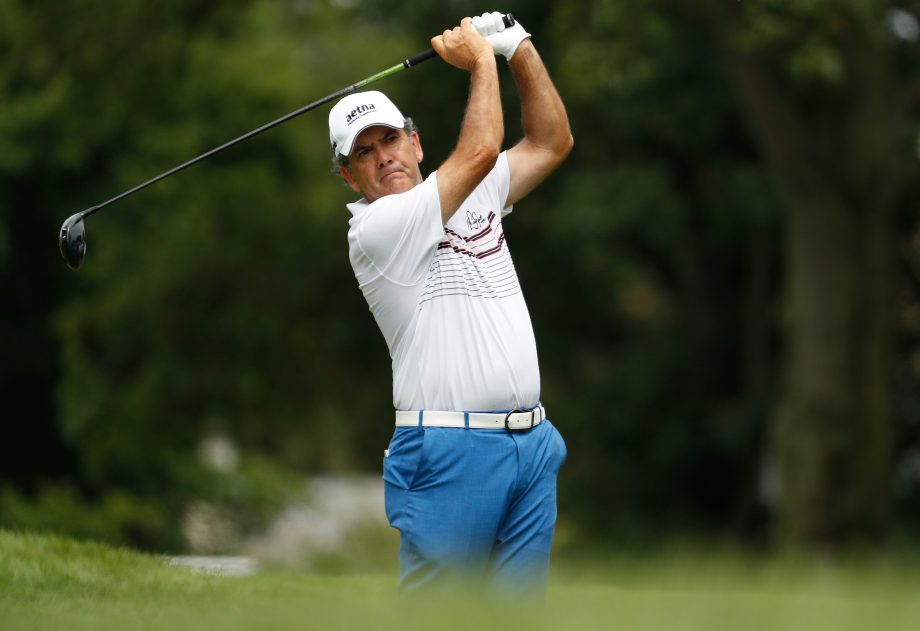 CALGARY, Alta. – David Frost made two eagles and shot a bogey-free 8-under 62 on Friday to take the first-round lead in the PGA Tour Champions’ Shaw Charity Classic.

The 56-year-old South African player eagled the par-5 11th and 18th holes at Canyon Meadows in the round interrupted by lightning, thunder, hail and heavy rain. He was a stroke short of the tournament record of 61 set by Fred Couples in his 2014 victory and matched by Miguel Angel Jimenez last year.

Defending champion Jeff Maggert and Argentina’s Jose Coceres were a stroke back. Maggert eagled the 12th and birdied 18.

Watson eagled the 18th to break his age by a stroke two days before his 67th birthday. He played alongside Langer, the 59-year-old German star who won the Boeing Classic on Sunday in Washington for his fourth victory of the year and 29th overall on the 50-and-over tour.

John Daly birdied the last for a 67. He has three top-20 finishes in 11 PGA Tour Champions starts since turning 50, with the best a tie for 11th in the Dick’s Sporting Goods Open.

Rod Spittle of St. Catharines, Ont., had a 68 to top the three Canadians in the field. Victoria’s Jim Rutledge posted a 69 for a share of 48th, while Stephen Ames was even on the day in front of a hometown crowd.