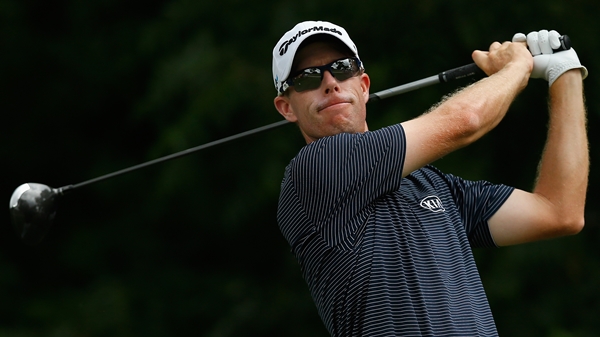 Talk about a double-double.

Canada’s David Hearn was added to the British Open field Tuesday after former champion Mark Calcavecchia withdrew. No official reason was given. However, Calcavecchia, who is also a past RBC Canadian Open champion, has been battling back problems for some time. He won the 1989 Open at Royal Troon, his only major.

Hearn, who was a first alternate and would almost certainly secure a spot in the field, headed to England after a tie for 45th at last week’s John Deere Classic.

About to board the charter to The Open as 1st alternate. Could be a long trip to drink some beers w/royalty! Wish me luck. #RBCHearn

Hearn has made two previous appearances at golf’s majors. He finished tied for 21st at the 2013 U.S. Open and tied for 47th at last year’s PGA Championship.

Hearn will tee off at 10:10 am local time and play the first two rounds with three-time champion Nick Faldo and American Todd Hamilton, who won at Royal Troon in 2004.