David Mills leads by one at PGA Tour Canada Q-School 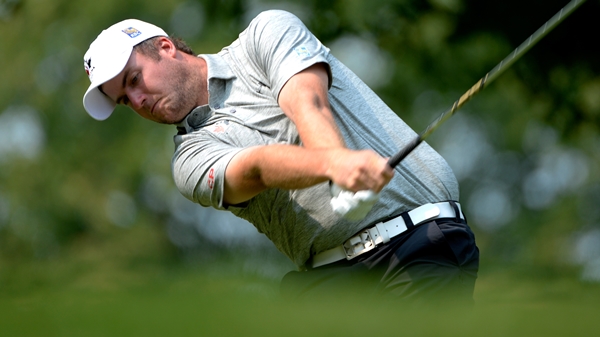 The recent Indiana University graduate went without a bogey Wednesday, becoming the first player to record a round without a bogey at this week, and built a one stroke advantage over Richmond Hill, Ont.’’s Taylor Pendrith, Danville, California’s Jeff Hamm and Los Osos, California’s Matt Hansen.

“I’ve putted pretty good and hit my irons really well,” said Mills. “I didn’t really make too many mistakes and kept it in the fairway in front of me, and I got a few putts to drop.”

Mills credited a patient approach to the course for his solid play, but isn’t getting ahead of himself with two more rounds to go and only six shots separating him from the rest of the top-18 players on the leaderboard.

“You just have to take what the golf course gives you. You really have to try and play like a normal round and make sure you are patient, because the birdies will come if you wait on them,” said Mills.

Hamm, a PGA Tour Canada member in 2013, posted the best round of the day with a 5-under 67, while Pendrith and Hansen matched each other a pair of 2-under 70s in each of their first two rounds. Pendrith, a member of Golf Canada’s Young Pro Team, is looking to become the second member of the squad to win at Q-School after teammate Albin Choi captured medalist honours at last week’s Florida Qualifying Tournament.

“I talked to him after he won and told him congratulations. It’s pretty incredible,” said Pendrith of Choi’s 25-under total last week. “He’s been playing some really good golf. I’m out here doing my own things, trying to play some smart golf and hope to have a chance to join him on Tour this year.”