Day back after frustrating time off 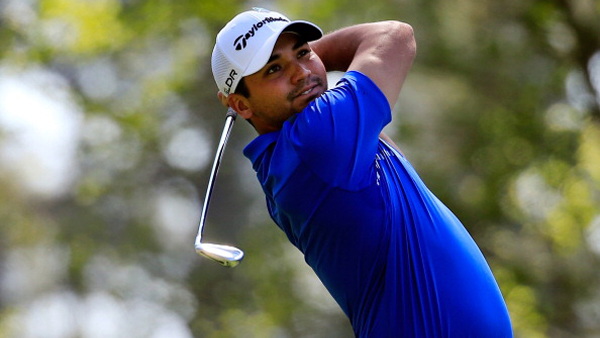 DUBLIN, Ohio – By most standards this has been a good year for Jason Day. He won the Match Play Championship and finished 20th at the Masters.

But to put the season in perspective, Tiger Woods has played more competitive rounds since February than Day has.

The Aussie has missed most of the last three months due to a bad thumb, while Woods is on the shelf for the foreseeable future after back surgery.

After his long layoff, Day can’t wait to tee it up in Thursday’s first round of the Memorial Tournament.

“It was frustrating. It was really frustrating,” Day said of a ligament injury in his left thumb that sidelined him for six weeks after he played in pain at Augusta. “Because everything felt great. My whole body felt great except for one thing – my thumb.”

That appendage not only kept Day, seventh in the world golf rankings, from earning a living but even practicing.

“You can probably get away with maybe a bad back or a bad knee, but if you can’t hold a club, then that’s not fun,” he said.

But now Day – a member of Muirfield Village – will be surrounded by friends, neighbors and family when he finally gets to return to action.

“I went through phases,” he said of the time he killed during his recuperation. “I’d be like very happy during the week and on Sunday I’d be moody because I’d see the guys winning. I guess my wife, Ellie, knew when to come and talk to me and when not to.”

Ellie and the native of Beaudesert, Australia, have found a home in the Columbus area. She is from an hour or so away. So the Days, including son Dash, settled in the suburbs. Now he works on his game on the course that Jack (Nicklaus) built instead of some warmer clime.

“To be able to win in front of Jack and the fans here, it would be obviously a great honor,” the 26-year-old said.

Woods, who has won the Memorial five times, won’t be competing. He called Nicklaus on Wednesday morning, wished him luck and passed along his regrets.

“He said he’s doing well, progressing well, and he’s looking forward to getting back into the game,” said Nicklaus, the Memorial’s founder and host. “He misses it.”

There are still plenty of other candidates to challenge for the title in the 39th Memorial, including defending champion Matt Kuchar, world No. 1 Adam Scott, Phil Mickelson, Bubba Watson and Rory McIlroy, in addition to 2010 Memorial winner Justin Rose.

Kuchar captured the 2013 Memorial by two shots over Kevin Chappell and likes his odds at a repeat.

“I feel optimistic about my chances,” said Kuchar, behind only Woods in terms of scoring average in tournament history. “This course has been really good to me – one of my favorite places. I’ve had great success in the past and feel the state of my game is still pretty good.”

Scott ascended to the top spot in the world rankings and then solidified his position by winning last week, beating Jason Dufner in a playoff at the Colonial.

“I just had a random lunch with Luke Donald and he made a comment something like, `It feels pretty good up there’ or something like that,” Scott said. “And for sure it does. The feeling for me is I’m motivated to work hard and try to stay there for a little bit.”

Mickelson does not have a glittering history at Nicklaus’ Muirfield Village – just two top-fives in 13 starts – but is coming off a two-week respite at home where he’s worked on his game and tried to get in the proper mindset for the U.S. Open in two weeks at Pinehurst.

“I’m not worried about results as much as I am getting the game sharp,” said Mickelson, needing only a U.S. Open title to complete a personal Grand Slam. “But I do think the results are going to come if I just play well. I’m not worried about finishing first or second or top 10 or what have you, but building momentum, building confidence in my game over the next couple of weeks.”

Watson, like Mickelson also a lefty, has not played well at the Memorial. He’s never finished higher than two ties for 23rd in his eight starts. But that doesn’t mean he’s conceding anything.

“I don’t think I’ve ever had a real high finish, but I look forward to the challenge,” the two-time Masters champion said. “Hopefully, now that I’m playing a little bit better, it’ll show on Sunday afternoon.”

McIlroy won on the European PGA Tour last week at Wentworth in the wake of the breakup of his engagement with tennis star Caroline Wozniacki. He declined to discuss details of the separation on Wednesday.

Everyone, of course, is chasing the $1.1 million first-place check and the congratulatory handshake from Nicklaus on the 18th green. But everyone also is looking ahead to Pinehurst.

“It was really nice to get that win last weekend,” McIlroy said. “It gives me some confidence coming into here – and obviously the U.S. Open in a couple weeks’ time.”