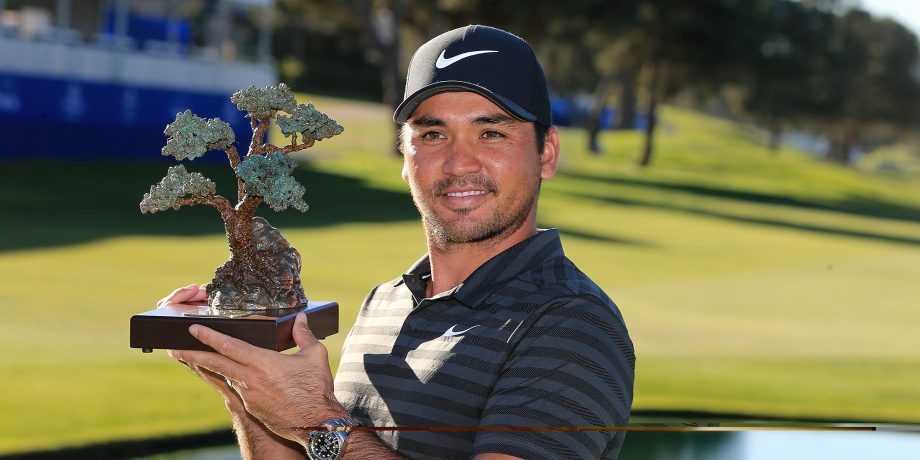 SAN DIEGO – Jason Day calmly sank an 18-inch birdie putt at 8:17 a.m. Monday in front of empty grandstands on No. 18 at Torrey Pines for his first PGA Tour win in 20 months.

There were no roars, just cheers from Day’s family and a handful of mates.

In a rare Monday morning finish, Day took all of 13 minutes to navigate the par-5, 570-yard 18th on the South Course to finish a six-hole playoff against Alex Noren to win the Farmers Insurance Open.

Day and Noren had to return after grinding through five playoff holes Sunday before it got too dark to continue.

Spectators weren’t allowed in the next day because organizers said they didn’t have time to arrange for security.

“It was a little strange, but we did have a few people up in the stands, which was nice,” Day said. “It’s great to finish the tournament and all, but it would have been nice to finish yesterday with all the people there.

“I’d play until Wednesday if I needed to get that win,” Day said. “It’s why we get up every morning and practice. This win is just as special as the first one.”

Day also won here in 2015, in a four-man playoff that took only two holes. That victory propelled him to a five-win season, including the PGA Championship, and the world’s No. 1 ranking.

After contending with a balky back the last few weeks, he hopes this victory also is a springboard after a dreadful 2017 season.

Day’s tee shot landed in the right rough and Noren’s in the first cut to the left.

Noren tried an aggressive second shot, but his ball landed short of the green and rolled into Devlin’s Billabong, a pond that protects the hole.

Day shot over some trees and laid up onto the fairway before hitting a lob wedge approach of about 85 yards, with the ball rolling down several feet to set up the winning putt.

“It was really unfortunate for him to hit it in the water because I know how good of a shot he actually hit there because that’s really tough to go with a 3-wood into a green like that,” Day said.

“I think it’s almost a blessing that I actually missed the fairway knowing that I had to lay up and knowing that I kind of worked on that number before. I was on the range hitting that exact same number.”

“I had a perfect yardage,” said Noren, who played at Oklahoma State and has nine victories on the European Tour. “And the greens are not super firm in the morning like this so I thought it was the perfect play in the middle of the green and have a putt at eagle and a few yards short, so it’s tough.”

Day and Noren matched each other with birdie, birdie, par, par and birdie through five playoff holes in the twilight Sunday on the blufftop course overlooking the Pacific Ocean.

Ryan Palmer was eliminated on the first extra hole with a par.

“Myself, Ryan and Alex all hit some nice shots coming down the stretch in the playoffs,” Day said. “Going shot for shot with Alex was pretty cool over that five-hole stretch, and unfortunately we just couldn’t get it. We just didn’t want to give it up.”

Day was on his “third-string” caddie. He said Luke Reardon, who caddied for him at the end of last year, and David Lutterus, who was going to be on the bag, had trouble securing visas.

His third in line, childhood friend Rika Batibasaga, “he’s marrying an American and I knew that he’s in here already,” Day said. “So I was like, ‘I’ve got to grab someone, either grab him or grab someone out of the crowd.”’

Day hopes this victory leads to a turnaround from a miserable 2017, which included his mother recovering from lung cancer and a game that lost some discipline and focus.

“I think last year was a good kick in the butt, you know, not really being talked about and being talked about for the wrong reasons,” the 30-year-old Australian said. “Obviously take my mum and stuff out of the equation, but just I see the guys winning, Jordan (Spieth), and Dustin (Johnson) is playing some tremendous golf, Jon Rahm’s playing some tremendous golf, and I feel like I should be there as well, winning.”

Day is currently ranked No. 10 in the world. Getting back to the top is the goal.