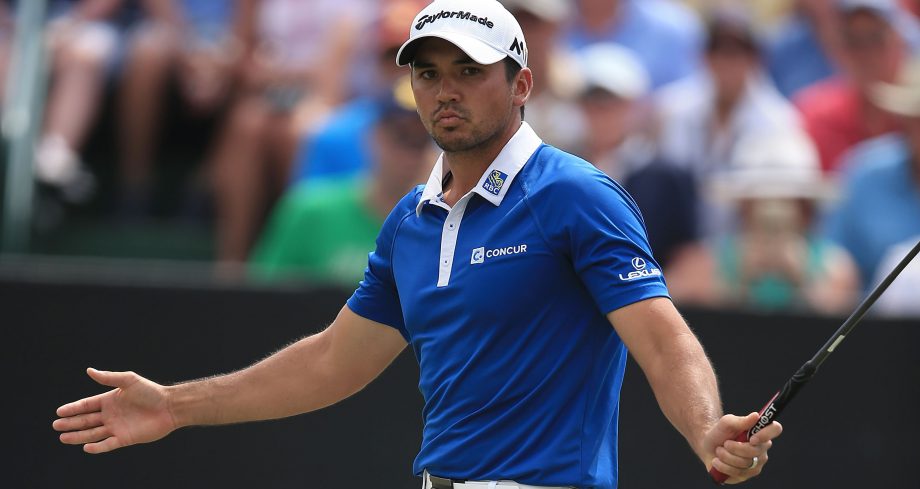 ORLANDO, Fla. – Jason Day felt like he was bearing down on each shot. He made it look much easier Friday in the Arnold Palmer Invitational.

Day made a pair of long birdie putts and otherwise put on a clinic at Bay Hill for a 7-under 65 that gave him a two-shot lead over Henrik Stenson going into the weekend.

“It was great,” he said. “I felt like I couldn’t do anything wrong out there.”

Stenson faced a daunting task – eight shots behind when he teed off in the afternoon – and he shot 31 on the back nine for a 66 to stay in the game. Justin Rose also had a 66 and was three shots behind.

“It’s motivating,” Stenson said of the deficit he faced. “You can’t let it be frustrating that you’re eight shots back. He played great, and you’ve just got to go and do the same, and I managed to do that.”

Day, Stenson and Rose will play together Saturday because tee times have been moved forward to avoid the threat of storms.

Rose wasn’t bothered to see Day so far ahead. His objective was to take care of the par 5s and keep a clean card, and he did both. Rose is now 9 under on the eight par 5s he has played this week. And he was bogey-free on Friday.

“Yesterday was a colorful scorecard,” Rose said of an opening round that included two eagles and a double bogey. “Today, a little bit more solid.”

Day was driving it long and straight, hitting his irons well and making big putts. It’s a great combination for anyone, particularly a player who reached No. 1 in the world last year by winning four out of six tournaments, including his first major.

Canada’s David Hearn fired a 5-under 67 to get to 6-under for the championship. The Brantford, Ont., native is 7-shots back of Day and tied for 11th.

Rory McIlroy was able to watch the whole show.

McIlroy, who opened with a 75, was in the group behind Day and saw the Australian start to pull away from the field. McIlroy had his own issues on Friday, starting with a chance to play for two more days. He handled that with ease, making four birdies on the back nine to get above the cut line and posting a 67.

But he was all but ready to concede that the tournament was out of his reach.

“I was looking at Jason in front of me and I was thinking if I could maybe get within six going into the weekend,” McIlroy said. “And now it’s 11. … Even playing well, I’m not sure that’s quite going to be enough that far behind Jason. At the same time I can get confidence from that and bring it on to the next week and ultimately into the Masters.”

Stanford junior Maverick McNealy, chosen to play by his colleagues at the Palmer Cup, had a 71 and was at 4-under 140. It’s the second straight week that an amateur has made the cut; Georgia senior Lee McCoy finished fourth last week in the Valspar Championship.

U.S. Amateur champion Bryson DeChambeau shot another 72 and made the cut on the number at even-par 144.

Day, however, appeared to be in his own world on the immaculate Bay Hill course.

“The total that he’s on now, 13 under, I thought that was going to have a great chance at the end of the week,” McIlroy said. “I thought something around 12 under was going to be right there. For him to do that after two days is pretty spectacular. I think everyone has got their work cut out to try and catch him.”

The timing is good for Day, who had a sluggish start to the year after taking three months off at the end of 2015. He has only Bay Hill and the Dell Match Play next week before the Masters, and he thought it would be helpful to at least feel the pressure of contention before Augusta National.

Stenson could be the guy to provide it.

He thought he had Bay Hill won last year until bogeys late in his round. He was still seven shots back Friday when he made the turn and was close to flawless. Stenson had two-putt birdies on both par 5s, made a 5-foot birdie on the 10th and a 15-foot birdie putt on the 14th. The only green he missed was on the 17th hole, and he finished with a 20-foot birdie on the 18th.

“There’s a lot of intimidating shots,” Stenson said. “You’ve got to be clear on what you want to do and try and execute them well.”