Day motivated by failure to get name on claret jug 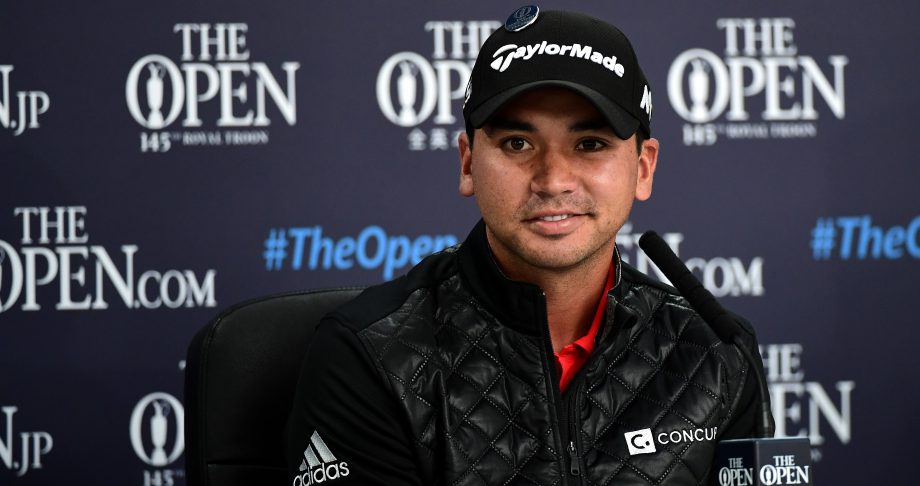 TROON, Scotland – Jason Day is more motivated by failure than success, which helps explain how he reached No. 1 in the world.

And it all started last year at the British Open.

Day had never felt so calm in the midst of such raging emotion that being in contention at a major can bring. He had an innate sense that it would all work out in his favour, right up until the moment that it didn’t.

He had a 30-foot birdie putt on the 18th hole at St. Andrews to get into a playoff. It was right on line. And he left it short.

But it was that moment he realized he was good enough to win majors, and that he would win them if he had more chances. The following week he won the RBC Canadian Open at Glen Abbey Golf Club. Two weeks later, he won the PGA Championship with such a dominant display of power that he became the first player to finish at 20-under par in a major.

Six weeks later, he reached No. 1 for the first time.

“It was kind of, I guess, the start of my run where everything kind of changed my world,” Day said.

The 28-year-old Aussie arrived at Royal Troon on the weekend and headed out to a links course he had never seen, playing in a wind he might not see the rest of the week.

The intrigue of Troon is that the shorter nine going out typically is with the wind, while the stronger, longer holes coming back are into the wind. It was the other way around over the weekend, and it began to shift on Monday on the first official day of practice with 25 mph (40 kph) gusts straight off the Irish Sea.

“In the last five days, the forecast has changed dramatically,” defending champion Zach Johnson said. “And my guess is, it could change again.”

The forecast for Day has a little more clarity.

He has finished out of the top 10 only twice in his nine tournaments dating to March. What he brings to the Ayrshire coast of Scotland is more motivation – his last golfing memory was more failure.

Day appeared to be firmly in control at the World Golf Championship in Ohio two weeks ago until he three-putted for bogey on the 15th hole, made a mess of the par-5 16th hole on his way to a double bogey, and wound up three shots behind U.S. Open champion Dustin Johnson.

“I learn more when I fail than when I win,” Days. “We’re not going to win every single one. Even though I don’t like losing, it was great to be able to learn something from that and turn this into what I would say a learning experience. … It was really bad. It was a terrible way to lose, and it was frustrating and disappointing. But things like this, you can’t win them all.”

He said the Tiger Woods era spoiled golf fans into believing everyone should win tournaments when given a chance, and no one was better at that than Woods. Seventy times around the world, Woods had at least a share of the 54-hole lead. He won 60 of them.

As a kid, Day said the two biggest tournaments were the Masters and the British Open. Australians have a long history with the claret jug, dating to Peter Thomson winning five times and Greg Norman winning twice. Day was only a year old when Norman closed with a 64 at Royal Troon, only to hit his drive on the final hole of the playoff so far that it went into a pot bunker and ended his chances.

Norman still has his name on the jug twice. Woods, whom Day seeks out for advice in golf, is on there three times.

“Coming so close last year was definitely a motivational factor in that I would love to one day hold the claret jug and be able to put my name down in history with the best that have ever lived and played the game,” he said.

The jug for the last year belonged to Johnson, who poured wine from it one last time on Sunday night at a house he is sharing with players. Johnson’s first duty Monday morning was to give it back to R&A chief Martin Slumbers outside the clubhouse at Royal Troon.

“It was bittersweet,” Johnson said. “More sweet, but the fact that you’ve got to give it back, you know it’s coming. I guess a portion of that sweetness is you still have an opportunity to get it back.”