Day runs in place at BMW, but still leads by six shots 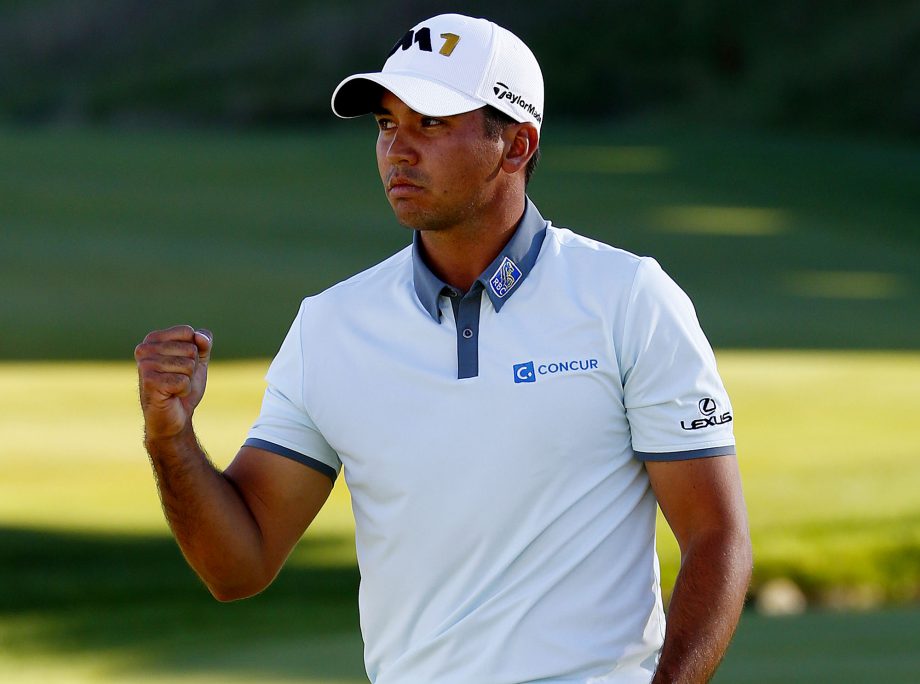 LAKE FOREST, Ill. – Instead of running away from the field one more time, Jason Day spent most of the third round at the BMW Championship running in place.

He was hardly the only player struggling to cope with the suddenly cool, wet and windy conditions at Conway Farms left behind by a wave of overnight storms. After opening rounds of 61 and 63, the Aussie made his first bogey in 20 holes at No. 6, then piled on three more to offset a half-dozen birdies Saturday en route to a 2-under 69.

“Obviously, the most difficult round that we’ve had this week by far,” Day said.

He was at 20-under 193 and had a six-stroke lead. That’s one shot better than he had at the start of the round, and the biggest cushion any 54-hole leader has enjoyed on tour this season.

“I think a lot of players really understood how hard it was,” Day said. “It was very difficult to get anything going.”

Day has won three times – including his first major, the PGA Championship – and is an aggregate 99 under in tournament play since a narrow miss at the British Open in late July.

While the pack pursuing the FedEx Cup leader got no closer, there was some reshuffling.

Scott Piercy overcame some shaky play early to shoot a 67 and moved up from a tie for fifth into second, and a spot alongside Day in the final pairing Sunday. Brendon Todd, who played in Day’s group Saturday, made a triple-bogey 7 at No. 4, bogeyed the next two and never recovered en route to a 76 that dropped him into a tie for 18th.

World No.1 Rory McIlroy climbed from a tie for ninth to claim fourth place. He will go off in the next-to-last pairing with rookie Daniel Berger, one of the few players who held their ground. Berger shot 70 and was tied with Piercy for second.

“The tournament is in Jason’s hands right now,” McIlroy said, adding a moment later, “he needs to come back to the field a little bit.”

That seemed like a distinct possibility midway through the third round.

Day has been hitting his driver so long and straight that he rarely walks through the locker room these days without someone joking he must be playing off the ladies’ tees. Maybe that’s why his drives at both Nos. 13 and 15 came as such shocks.

Day had barely launched his tee shot at 13 when he turned away in disgust, then headed back to his golf bag for another ball – even as his first one finally came to rest in the front yard of a home across the road from the course.

“Just a poor swing … I’ve fought with that hole in the past,” said Day, who quickly gathered himself and crushed his second drive there, then stuck a short iron from 147 yards out to within 5 feet of the pin and made that for a hard-earned bogey.

At the 15th, he found plenty of trouble on the other side of the fairway, blocking his tee shot into the knee-high rough above a fairway bunker. He hacked a wedge out from there and wound up between two greenside bunkers. He used his putter from there, but wound up missing a 7-footer to save par.

“Just horrible,” he said about the tee shot at 15. “I’m just trying to get something down the fairway and give myself a chance at birdie and ended walking off with a bogey.”

But Day said rolling in a birdie putt from 20 feet at the 18th restored some momentum and that should give his rivals pause – as if they didn’t have enough to worry about.

“You kind of have to look at Jason as an outlier” Rickie Fowler said. “Right now, it’s almost like there’s a secondary tournament going on, for the guys that are 8, 12 under right now.”