Day ties course record at Sawgrass with 63 for the lead 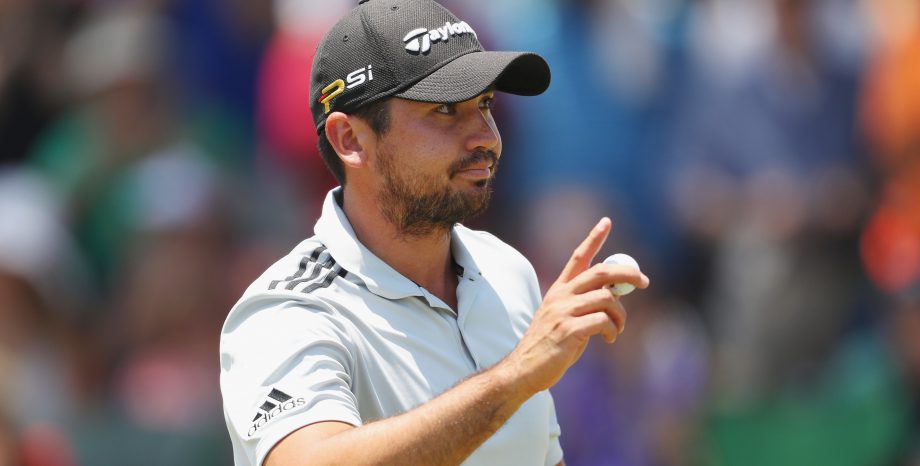 PONTE VEDRA BEACH, Fla. – Jason Day created a far better memory Thursday than his last round at the TPC Sawgrass. Not only was he 18 shots better, the world’s No. 1 player tied the course record with a 9-under 63 that gave him a two-shot lead in The Players Championship.

In a game that can defy logic, and on a course that can be perplexing, Day had a simple explanation for bouncing back from last year’s 81.

“I’m playing a lot better than I was last year,” he said.

The 28-year-old Australian was in such control that he putted for birdie on every hole and felt so good on the greens that he thought he might make them all. He made nine of them, and his longest par putt was 30 inches.

“Tee to green was pretty decent – was actually really good – and then once I got on the green, I felt like I could hole everything,” he said.

It helped that there was hardly any wind on a steaming morning that made Sawgrass more vulnerable than usual. Day had only the fifth round of 63 at the Stadium Course in the 35 years of The Players Championship, and he still only had a two-shot lead.

Justin Rose, Shane Lowry and Bill Haas were among the five players at 65. Ernie Els, who just last month took six putts from the 3-foot range on the opening hole at the Masters, ran off six birdies and an eagle to lead the group at 66. There were 29 rounds in the 60s among the early starters.

Jordan Spieth did not have one of them.

Spieth, in his first tournament since he lost a five-shot lead on the back nine at Augusta National, played alongside Day and laboured his way to a 72. Spieth, who says he has put the Masters behind him, had another poor finish.

With three straight birdies, he was trying to at least stay in Day’s neighbourhood. Then Spieth made bogeys on two straight holes, answered with a birdie, and then ended his round of 72 with a double bogey by taking five shots to get up-and-down from a bunker behind the green on the par-5 ninth.

“I hit it seven times,” Spieth said. “I hit two fantastic shots, and then not really sure after that.”

Masters champion Danny Willett opened with a 70 in his first competition since slipping on the green jacket.

Rose looked at the pin positions and had a good feeling, especially on the island-green 17th. It was at the front, with a ridge serving as a backboard. By mid-afternoon, only four shots found the water. And with hardly any wind and greens still moderately soft, good scores were available.

“If there was a day to get the course, today was it,” Rose said.

He knocked in a 30-foot putt on his first hole, caught a good break on the par-5 11th by having a clear gap out of the pine trees that set up a birdie from the bunker, and made it three straight birdies with a wedge into 6 feet on the 12th.

He felt tired. But there was no stress.

Day only got into what looked like trouble on two occasions. He had a stick behind his ball from the pine straw on the par-5 second hole and sent that shot well out to the right. But he hit a perfect pitch that just landed on the green and rolled down to a foot for a birdie.

On the seventh, Day’s drive hit the back end of a bunker and kicked forward down a slope and just inside the red hazard line of a pond, about a yard from the water. He worried about his wedge going long, but it settled 15 feet away for a birdie.

That’s when he started thinking about the course record, last match by Martin Kaymer two years ago in the opening round of his victory.

His 40-foot birdie attempt on the par-3 eighth looked good ball the way, and Day began to backpedal as the ball got closer to the cup, a move he first made famous when he won the PGA Championship last year. He threw up his head in disbelief when it caught the right lip, and he tapped in for par.

And then on the par-5 ninth, he hit another great bunker shot that curled back toward the cup and settled inches away for his ninth birdie and a 63, allowing him to join Kaymer, Roberto Castro (2013), Greg Norman (1994) and Fred Couples (1992).