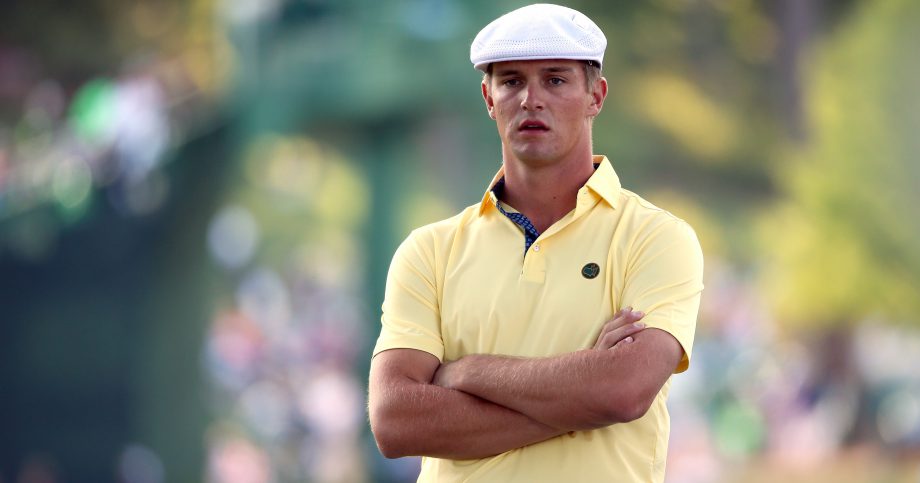 AUGUSTA, Ga. – Bryson DeChambeau says he didn’t get flustered when his tee shot on the 18th hole went into a holly bush, or when his do-over was even worse.

The U.S. Amateur and NCAA champion put his philosophy of execution over emotion to a strenuous test on a disastrous finish at Augusta National Friday. One shot off the Masters lead and trying to polish off the day’s best round, DeChambeau went for a low drive so it wouldn’t get waylaid by the wind.

Instead, the ball went left into the shrubbery and was unplayable. He went back to the tee and sent it even farther to the left, near a green fence and well off the fairway.

He and a rules official had to hike through a woodsy area and weave their way through tables to take a drop next to a road, some 40 yards from where the errant ball landed. The end result was a closing triple bogey and an even par round left the 22-year-old tied for eighth, four shots behind playing partner Jordan Spieth.

A par on the 18th would have had left him one shot off the lead, tied with Rory McIlroy for second.

“Even when I duck-hooked it twice, I was like, ‘You know what, it’s just a good opportunity to show my character and good grace as well,'” he said.

In other words, be professional when it would be easy to behave otherwise. A professional is exactly what DeChambeau will be after the Masters, his final event as an amateur.

He’s already in select company with Jack Nicklaus, Tiger Woods, Phil Mickelson and Ryan Moore as the only players to pull off the NCAA/U.S. Amateur double.

DeChambeau, playing in a Ben Hogan-style cap, had six birdies in his second straight even-par round, including two on Amen Corner. He did that in front of huge throngs of fans following his group, which included Spieth.

“He’s not scared of the moment,” Spieth said. “Doesn’t matter what the moment is. It was just one bad swing away on 18 from being the one that’s (tied for second) or even tied for first… Look for him on the weekend to be a contender.”

DeChambeau insisted nerves weren’t an issue in the end.

“I’m comfortable. I’m loving it out here,” the former SMU star said. “It’s a great experience. I’m learning a lot from it. There’s nothing bad that I can take away from today. I mean, I may go bang my head a couple of times against the wall. No, I’m just kidding.

“Thirty-six holes of golf left, and anything can happen.”

Even before that final hole, DeChambeau said the round wasn’t the best he’s played. He cited the U.S. Amateur, which he won by the widest margin in a title match since 2009.

“It was great golf,” he said. “There’s no doubt, it was beautiful golf. It just wasn’t my A-plus-plus.”

He said what went through his mind when he saw his name on the leaderboard was simply: “I belong.”