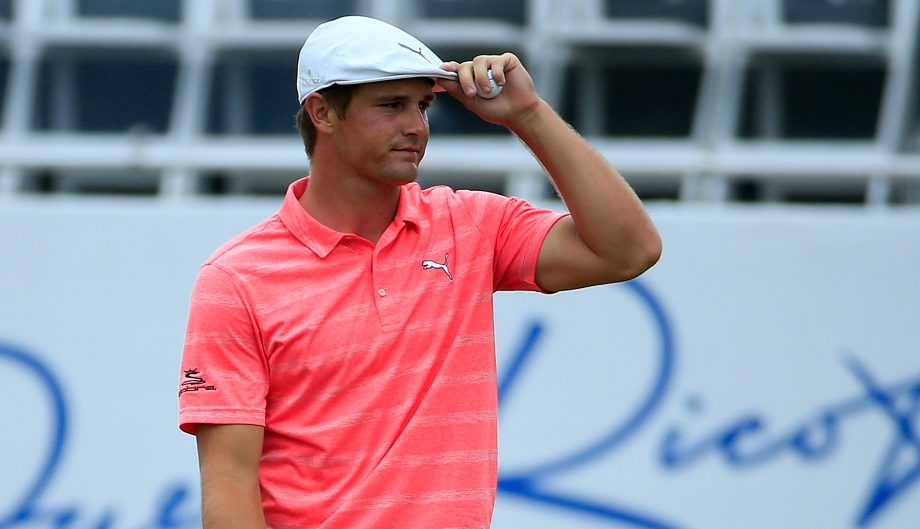 RIO GRANDE, Puerto Rico – Former U.S. Amateur champion Bryson DeChambeau ran off four straight birdies in a stop-and-start round Friday and finished with a 7-under 65 to share the lead with D.A. Points in the rain-delayed Puerto Rico Open.

Points hit all 18 greens in regulation at Coco Beach Golf and Country Club, though he didn’t have as many reasonable looks at birdie as he would have liked. Points also had a three-putt bogey to go with four birdies in his round of 69.

They were at 11-under 133 when the second round was suspended by darkness.

Heavy rain kept the opening round from finishing, and there was another two-hour rain delay on Friday.

Bill Lunde, the former Las Vegas winner who is playing his first PGA Tour event in five months, was at 11 under with three holes to play. David Hearn (69) of Brantford, Ont., was the low Canadian in a tie for 10th at 9 under. Ottawa’s Brad Fritsch (70) was at 3 under, while Graham DeLaet (70) of Weyburn, Sask., and Nick Taylor (72) of Abbotsford, B.C., finished the day at 1 under.

DeChambeau has shown spells of good golf since turning pro, starting with a tie for fourth at Hilton Head in his pro debut. He earned his PGA Tour card last year and has struggled at time, including a dispute with the USGA that disallowed his side-saddle manner of putting.

After making only one cut in his last seven tournaments, he tied for 27th two weeks ago in the Valspar Championship and thought that could have been better.

“A couple of weeks ago at Innisbrook I three-putted a couple times – six times, in fact – and just cut the momentum out of me and that was kind of a disappointment. I never really got a low round there and I could have pretty easily. So I took the three-putts out this week.”

Tim’ Wilkinson shot a 63 and was in the group at 10-under 134 that included J.J. Henry, San Juan native Rafael Campos and J.J. Spaun, a PGA Tour rookie who had a pair of top 10s during the West Coast Swing.

When play was suspended, there were 80 players at 3 under, meaning the cut was likely to be no worse than 3-under 141. Among those likely to miss the cut were Graeme McDowell and Ian Poulter, who is running out of time to keep full status under his major medical extension from a foot injury last year.

Points is a two-time PGA Tour winner, most recently at the Houston Open in 2013, who has a low priority ranking and had a tough time getting into tournaments after the first month of the year.

The Puerto Rico Open is opposite the World Golf Championships event in Texas, meaning it gets reduced FedEx Cup points and the winner is not automatically invited to the Masters. But it still comes with an exemption, and other perks like the PGA Championship and The Players Championship.

That would mean plenty to Points and other players in the field. Lunde is playing out of the past champion’s status.

Points ended the opening round by holing a 9-iron from the fairway. On Friday, his 40-foot birdie putt on the opening hole hit the middle of the cup and came back out

“All the guys in the group just kind of laughed at me,” Points said. “They were like, ‘That hole knew you holed out yesterday to finish the round.’ That was kind of how the day started. But I stayed patient and really didn’t play poorly, hit a lot of fairways, hit a lot of greens and then finally holed a couple putts coming in.”

Wesley Bryan was at 6 under with three holes remaining. He has to win this week to have any chance of moving into the top 50 and earn a spot in the Masters.

Another former U.S. Amateur champion, Peter Uihlein, was at 8 under through 13 holes. Uihlein primary plays on the European Tour and received a sponsor’s exemption.