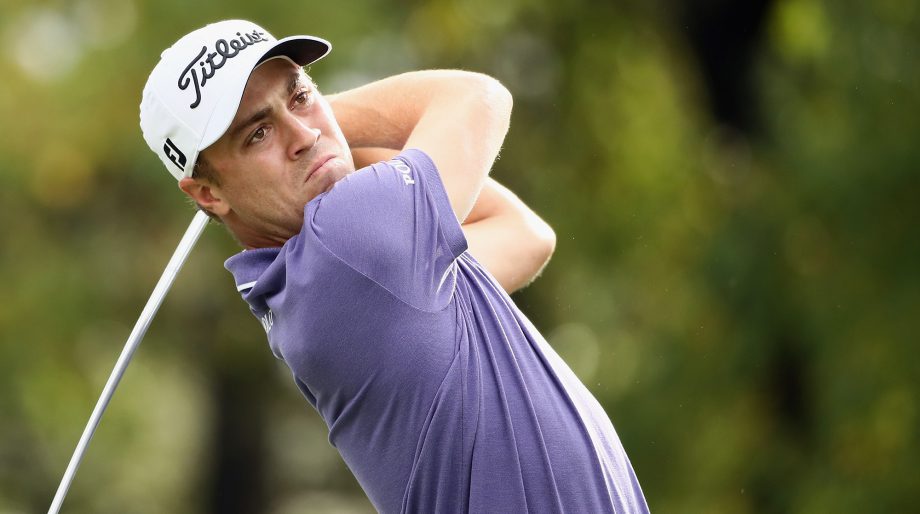 KUALA LUMPUR, Malaysia – Justin Thomas began his title defense with an 8-under 64 at the CIMB Classic on Thursday, making nine birdies and a bogey to move into a three-way tie with Keegan Bradley and Derek Fathauer for the first-round lead.

Thomas, who won his first PGA Tour title here last year in a tournament-record total 26-under-par 262, said he felt at ease in the opening round of the PGA Tour-sanctioned event.

“If there’s such a thing as an easy 8-under, it was,” Thomas said. “I wedged it great. I took advantage of the first three par 5s.

“I was just very comfortable and hit it in there close a couple of times and made a couple putts, but it was a pretty low-stress day.”

Bradley had six birdies on the front nine and an eagle at the par-5 10th but then had two bogeys on his next three holes before recovering with birdies at the 16th and 17th.

England’s Paul Casey was one stroke behind the leaders at 7 under, one clear of Asian Tour leader Anirban Lahiri and two ahead of a group of four at 5 under, including Sergio Garcia and Aaron Baddeley.

Ryan Moore, who won the CIMB Classic in 2013 and 2014, opened with a 71 in his first tournament since he delivered the winning Ryder Cup point for the Americans.

He was one of 13 players tied for 44th at 1 under, including Ian Poulter, who was making his first PGA Tour-sanctioned start since a foot injury in May caused him to take off the rest of the season. Poulter tied for 28th last week at the Macau Open, his first tournament back.